BeSoccer 1 month ago 1.3k
FIFA's two options for changing the whole football calendar. EFE
FIFA wants to restructure the whole calendar. This Wednesday it met to discuss the new world order and has already proposed two new scenarios for international fixtures, albeit with much longer breaks.

FIFA has taken another step forward to change football. The world governing body wants to hold the World Cup every two years and completely restructure the calendars for both leagues and national teams.

This Wednesday they met, in an appointment that must be endorsed in December, to analyse possible substantial changes in the world of football.

Among them is the calendar, so overloaded for the players, the main protagonists who have already complained about the high number of matches played so far.

'Marca' advanced the two options that FIFA has put forward to change the whole calendar. The idea is to reduce the number of international breaks but, to compensate, to make them longer.

The first option is to condense the leagues from August to May. There would only be one international break, in October, but it would last four weeks instead of the current ten days.

This would eliminate both the September and the November and March breaks, which would mean less travel and less wear and tear on the players.

However, the fact that there would be a month's break would be detrimental to the players not called up, as they would have to slow down their competitive rhythm in the middle of the season.

They would be shorter than in the first option, as the October break would be three weeks, as opposed to the four mentioned above, and the March break would be another two weeks.

FIFA will have to convince all the players on the game board. Both the national confederations and the players themselves. All this will finally be decided in December. 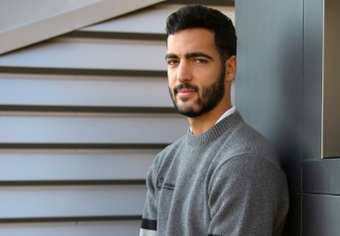 'I like to think I'm one of the best': Real Sociedad's Mikel Merino