After being thrashed by Bayern Munich last week, another slip would have put Atletico's prospects of qualification from Group A in serious doubt.

But Felix's double salvaged a dramatic victory at the Wanda Metropolitano where Salzburg led 2-1 thanks to goals from Dominik Szoboszlai and Mergim Berisha shortly after half-time. Marcos Llorente had earlier put Atletico in front.

Diego Simeone's side will travel to Lokomotiv Moscow next week placed second in the group after Lokomotiv were beaten 2-1 at home by Bayern.

Felix now has four goals in seven games this term for Atletico, continuing his encouraging start to the season alongside new signing Luis Suarez and in the absence of the injured Diego Costa.

"When I play in the Champions League, it's what I like to play in most and you can see the happiness with which I play," said Felix afterwards.

The 20-year-old had already struck the crossbar with a spectacular bicycle kick when he pulled Atletico level in the 52nd minute before driving in sweetly from inside the penalty area with five minutes left. 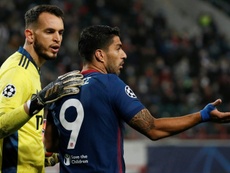 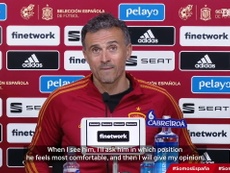 VIDEO: Luis Enrique: ‘I can see Marcos Llorente playing in any position’ 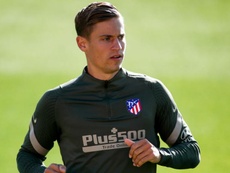 Simeone: Spain will benefit like Atletico from versatile Llorente 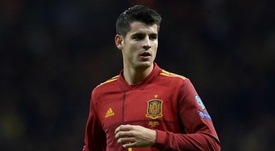 "Llorente is very happy at Atleti, he's not considering leaving"