With Switzerland fighting to secure a spot in the next round of the World Cup, and Costa Rica with little more to play for than pride, the match at the Nizhny Novgorod Stadium proved to be a surprisingly exciting one.

Costa Rica came out of the starting blocks with a tenacious attacking front, and momentarily left the Swiss side on the backfoot as a fast-paced first-half got underway.

Almost against the run of play, the momentum swung in Switzerland's favour when Blerim Dzemaili opened the scoring. The Swiss midfielder headed a strike home to put them ahead, and winding into the break, Costa Rica seemed to drop off a touch.

However, from the outset of the second-half it was clear that Costa Rica were determined to prove their worth. Their attacking efforts were rewarded in the 56th-minute with a scorching header from Kendall Waston, and hope was restored for the Costa Ricans.

The latter stages of the match seemed to settle down a little, until new substitute Josip Drmic once again put Switzerland in the lead, and with only two minutes remaining on the clock, it seemed as though the game was already decided.

It was not, however, all wrapped up. In the final few moments of the match, chaos ensued. Costa Rica saw one penalty decision overturned by VAR, only to be awarded another just seconds later as Denis Zakaria fouled Joel Campbell in the area.

It was captain Bryan Ruiz who stepped up to the take the penalty, and his goal was met by rapturous applause from the Costa Rican supporters, only for replay to show that the ball had actually come off Swiss goalkeeper Yann Sommer's back for an own goal.

Costa Rica can board the plane home with their heads held high, but a draw was enough for Switzerland to secure their spot in the last 16. The Swiss will, however, be without the services of captain Stephan Lichtsteiner and Fabian Schar after the pair were awarded their second bookings of the tournament. 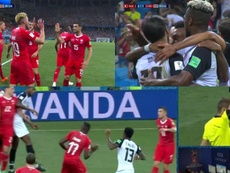 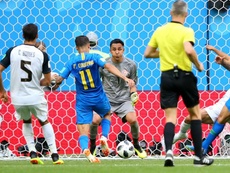 'Coutinho has the same quality as Neymar' 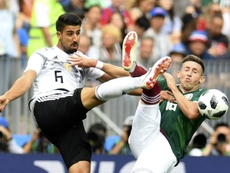 Some of the World Cup stories you may have missed... 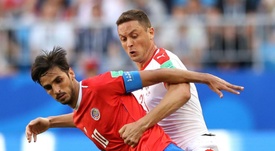