Lucien Favre saluted goalkeeper Roman Burki and the rest of his squad after Borussia Dortmund squeezed through to the Champions League's last 16.

"Everyone, without a single exception, played a part in this win," Favre said.

"It was a crazy match. Constant chances. We had to win this game – it's what we were aiming for and we did it, but it was difficult.

"Slavia were very tough as expected. They had drawn their previous games, we hadn't.

"Roman Burki was unbelievable, he was fantastic. But just to reiterate: we achieved this victory together. We created a lot of scoring opportunities and should've been winning more than 1-0.

"We were too open at certain points. It's a win but we need to continue to work hard."

"It was an absolute goosebump raising moment. I really had to pull myself together, I thought I was going to cry with joy."

Burki made seven saves in total to confirm Dortmund's place in the knockout rounds at the expense of Inter, who succumbed to an Ansu Fati winner in the 86th minute at San Siro.

"The whole team felt a huge sense of relief after the final whistle," Burki said.

"Hardly anything had filtered through to us. It was only when the spectators were celebrating shortly before the end that we looked at the screen. That gave us an additional boost at that point.

"We're a team, we battled well. It was clear that I could be in for a busy evening. But that's what I'm there for – perhaps today I might even say that I did fairly well."

Bottom-placed Slavia exit the competition without a win but coach Jindrich Trpisovsky was delighted with how his side equipped themselves in Germany.

"My boys gave a performance that was worthy of the Champions League," he said. "I am proud that they showed such a display against Dortmund, who were playing for everything." 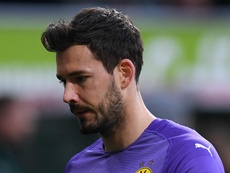 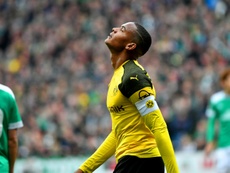 Dortmund's title hopes in tatters after being pegged back in Bremen 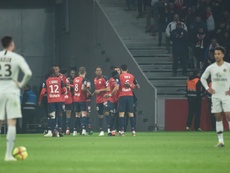 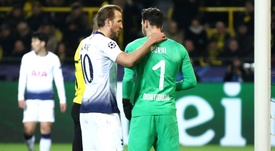