The Office of the Attorney General (OAG) said that Stefan Keller, president of the country's Supreme Court as well as of the Administrative Tribunal of the Canton of Obwalden, will "examine the criminal complaints transmitted to the OAG by the presidents of the Federal Council".

The complaints target Lauber and Infantino "as well as other people", the OAG's statement said.

A Swiss parliamentary commission decided in May to open proceedings as part of an investigation over a number of alleged secret meetings between Lauber and Infantino.

Lauber was suspected of "serious violation of the duties of office either intentionally or by gross negligence" and of violating "several duties of office" by meeting Infantino on three occasions in 2016 and 2017.

Three criminal complaints were made on June 11 to the OAG, which said it has since received one other related complaint.

If the extraordinary prosecutor decides there is enough evidence for a case against Lauber, he will request that criminal proceedings be opened, the statement said.

Lauber, 54, has already been sanctioned to the tune of an eight percent salary deduction, which he has appealed before a federal tribunal.

FIFA responded by saying it "welcomed" the decision.

"FIFA has been fully and transparently cooperating with the authorities and will continue to do so. It is also in FIFA's best interests for the anonymous complaints to be investigated as quickly as possible," world football's governing body, which is based in Zurich, said in a statement.

"It's no violation of anything. On the contrary, it is also part of the fiduciary duties of the president of FIFA," he said.

FIFA has explained that the meetings were intended to show that the international football federation, which has the status of complainant in certain procedures, was "ready to collaborate with Swiss justice".

However, the legal uncertainty surrounding the meetings raises the question of possible collusion between FIFA and the Swiss justice system. 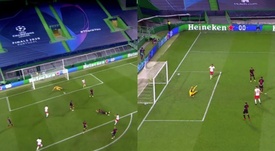