Netherlands have reached the Women's World Cup final under coach Sarina Wiegman, who played for Anson Dorrance at North Carolina.

Anson Dorrance led the United States to their first Women's World Cup triumph in 1991, but one of his former players is out to end the American dominance this Sunday.

Wiegman recently said "my dream from that moment was to see the same situation back home", a wish that can be fulfilled this weekend if the Oranje defeat defending champions USA in Lyon.

"Having Sarina in the final against my own country it's, 'God, take me now, it's never going to get better than this'," long-time North Carolina coach Dorrance told Omnisport.

"I'm getting these text messages from everyone saying, 'It doesn't matter what happens, you're going to be celebrating something'. And to some extent that's true.

"I do really admire what Sarina has done. For me, this is a wonderful World Cup final."

Wiegman had been at a FIFA invitational international tournament in 1988 when Dorrance approached her over the possibility of coming to America.

The state of the game in her country meant she thought playing "at a good level was literally impossible", but the midfielder went on to become the first Netherlands international – male or female – to win 100 caps.

"She was playing with American national team royalty in Kristine Lilly and Mia Hamm," Dorrance recalled.

"She had all the qualities of someone who was brought up in a wonderful soccer culture.

"Everyone really liked her. I felt privileged to coach her."

That positive impression was backed up by Higgins – now Higgins-Cirovski – who would feature when Dorrance's USA team beat Norway in the first ever World Cup final in 1991.

"She was a really good player, very smart, very technical - a student of the game - just intelligent," Higgins-Cirovski said of Wiegman.

"She was an absolute sweetheart. She was highly competitive - we all were, but she had a really good way about her."

Wiegman began a career in teaching upon returning home, but took a coaching post for the newly formed domestic league in 2007 and never looked back – permanently taking the Netherlands job a decade later and guiding them to European Championship success on home soil later that year.

Now she stands on the brink of leading her country to back-to-back major tournament titles as she aims to dethrone the nation where Dorrance gave her such a fine football education.

"It's not a strange feeling at all – it's a joyous one. It's like you've got two kids playing on opposite teams in a World Cup final, you root for both of them," Dorrance added of Sunday's final.

"The fact I've got Sarina coaching the Dutch... if the Dutch do happen to win, the pain of seeing my country losing will be a lot less, I promise you." 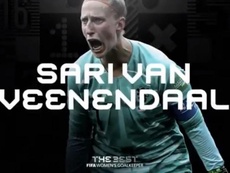 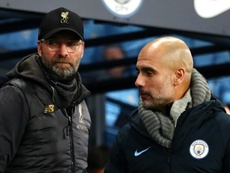 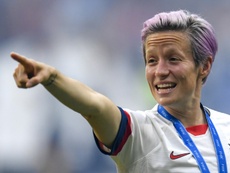 Women's World Cup final was most tweeted game of the tournament 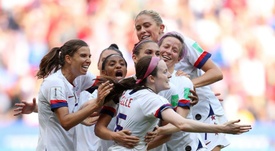 Rapinoe and Lavelle give USA back to back World Cups