Everything you need to know about FIFA's 'The Best' gala

London will briefly be the centre of world football on Monday night as the London Palladium plays host to FIFA's 'The Best' awards ceremony.

Footballing royalty from both the men's and women's game will be in attendance as world football's governing body announces the best player, coach, goal and set of fans from the past year.

The ceremony will get underway in the English capital at 19:00 GMT with a hosts of stars hoping to add to their trophy cabinets.

The main event will see Cristiano Ronaldo, Lionel Messi and Neymar go head-to-head in the battle to be named 'The Best FIFA men's player 2017'. The Real Madrid man is the favourite ahead of the ceremony following his Champions League heroics and Real's domestic success. Messi, for his part, scored more goals (12) and provided more assists (seven) than his rival but is hampered by Barcelona's lack of success. Neymar, whilst in the running, is considered to be something of an outsider.

There is plenty more to whet the appetite of football fans everywhere on Monday night, with Zinedine Zidane, Massimiliano Allegri and Antonio Conte set to battle it out to be named 'The Best FIFA Men's Coach 2017'. As with the best player award, it is the Real Madrid man who is the bookies' favourite, with Zidane hoping that his League and Champions League double is enough for him to follow in the footsteps of Claudio Ranieri in winning the award.

Both the men's and women's awards are voted for in the same way, with the voting process split evenly between four equally-weighted categories: national team managers, national team captains, selected members of the press and fans.

Another of the big-name awards set to be announced is the winner of the 2017 Puskas Award. Olivier Giroud's scorpion kick, Deyna Castellanos' goal from kick off and goalkeeper Oscarine Masuluke's incredible overhead kick are the goals in the running for that one. The Arsenal striker is thought to be favourite but it could go either way at this stage.

With regard to goalkeepers, Gianluigi Buffon, Keylor Navas and Manuel Neuer will giht it out to be named 'The Best Men's goalkeeper 2017'. The legendary Italian is considered to be the favourite after he managed to go over 600 minutes in the Champions League without conceding a goal. The winner will be decided by a panel made up of both former goalkeepers and former players.

Women's football certainly won't go unmissed either. 18-year-old Deyna Castellanos, USA star Carli Lloyd and the best player at the last European Championships Lieke Martens will compete for the title of 'The Best'.

The title of 'The Best Women's Coach 2017' will go to one of: Nils Nielsen (Denmark), Gerard Precheur (Lyon) and Sarina Wiegman (Netherlands). Precheur is favourite after guiding his side to a League, Cup and Champions League treble.

Last, but not least, the best set of fans will be recognised. Borussia Dortmund, for welcoming Monaco fans into their home following the postponment of their game due to an attack on the Dortmund team bus ahead of a Champions League game, Celtic, for their tribute to the 'Lisbon Lions' and FC Copenhagen, for giving the Danish Cup trophy to a disabled fan, are the three finalists.

Who will take home the awards? Join us later to find out! 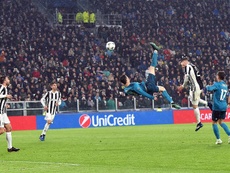 Eight bicycle kicks of the same calibre as Ronaldo's 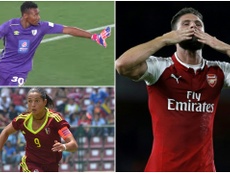 The three goals nominated for the 2017 Puskas Award 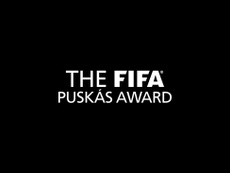 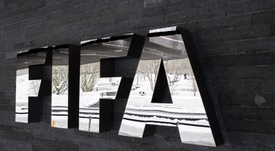