Euphoria in Bergamo as Atalanta pull off Champions League 'miracle'

Atalanta returned home to a heroes' welcome with 2,000 fans braving bitter cold in the Alps in northern Italy after the Bergamo team reached the Champions League last 16 in their debut campaign despite losing their first three matches.

Coach Gian Piero Gasperini hailed a "victory for Italian football" after joining Serie A rivals Juventus and Napoli in the knockout rounds, with Inter Milan the only absentee after losing 2-1 to Barcelona at the San Siro on Tuesday.

The team greeted fans on board an open-top bus at Bergamo airport in the early hours of Thursday morning, amid fireworks, singing and banners, following what the Italian press hailed a "miracle" comeback.

"Gasperini is a Magician," continued Corriere dello Sport on their front page.

Atalanta, a club with a 112-year history, had to wait until their fourth group game to earn their first point in a draw against Manchester City, before sealing their berth with a 3-0 win away to Shakhtar Donetsk.

"It is a victory for Bergamo, for all of Atalanta, from the fans to the management to the players and the staff," said Gasperini.

Gasperini took over in 2016 after leaving Genoa, and guided them to third last season to reach the Champions League for the first time.

"This strong bond gave us the impetus to succeed," he said. "We are happy for us but also for Italian football.

"We deserved this because we grew during a difficult and high level competition. We started to believe with the draw against Manchester City."

The Italians, forced to play their home games at Milan's San Siro, 55km from Bergamo, joined Manchester City in the knockout stages from Group C as Dinamo Zagreb lost 4-1 to the English champions in Croatia.

"This will remain in the history of the club and in the history of football. We're all very humble, none of us is a star this is just down to hard work and sacrifice. Outside the stadium here in Kharkiv I saw people crazy with joy," continued Gasperini.

"We believed in it that we had a chance to make history. You need to take these chances and we did it in the best possible way."

"The team is completely different compared to the first match, we improved in every area. When we drew with Manchester City, the team was clearly improving."

Atalanta's success came despite the absence of star striker Duvan Zapata, with Josip Ilicic and Rafael Toloi also out on Wednesday.

"We can miss important players, but retain this belief in ourselves, this quality in our approach".

"We are solid, no matter what happens," added the Atalanta coach, who has no preference for their opponent in the last 16.

"They're all so strong, it doesn't matter who we are up against. Maybe some prefer Paris Saint-Germain for the Moulin Rouge: for sure we hope to take our fans to a beautiful city for the away game."

Atalanta return to Serie A action on Saturday against Bologna as they sit sixth in the table, one point off the Champions League places. 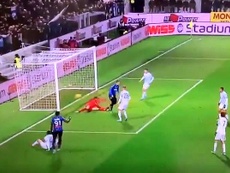 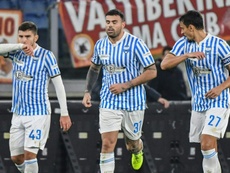 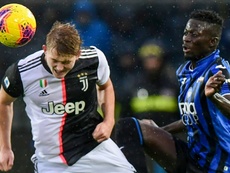 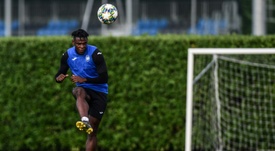