Erling Haaland is the name on everyone's lips as Europe's elite try to get their hands on the Borussia Dortmund and Norway sensation.

Haaland is already on the cusp of half a century of Bundesliga goals, having scored 49 in 49 league appearances since swapping Salzburg for Dortmund in January 2020.

It is a remarkable return – the 21-year-old has 70 goals in 69 games for the German club overall, only Bayern Munich's Robert Lewandowski (89 goals in 74 games) has a better return among players from Europe's top-five leagues.

Haaland has always been a goalscorer.

Born in Leeds in 2000, where his father Alf-Inge played for Leeds United in the Premier League at the time, Erling relocated to Bryne by the age of three – the hometown of his parents in Norway.

It is there where Erling Haaland took his first steps in football.

"He was the best from the first day. Scoring a lot, smiling a lot, training a lot," Berntsen told Stats Perform as he recalled Haaland's time at Byrne, where the pair worked together between the ages of eight to 16.

Haaland was part of a group of 40 talented youngsters coached by Berntsen at Bryne.

But Haaland – even playing with older kids – always stood out in a city with a population of just over 12,200 people on the southern shores of the lake Froylandsvatnet.

"A player of that level, you can spot the class from the first day… the first day you spot something special like Erling, one way or another. You can see it from the beginning," Berntsen said.

"In Norway we have a few big clubs who have academies and select best ones from a region. But most of the clubs, they have a big grassroots path. Our club is like that – part of is like a top club but a big part is grassroots. Often we try to hold them together.

"Erling was one of 40 players who trained together, in fact until they were 15. That was the first year we separated them. Erling was one year younger than the others because he was too good for his age group. He was 14. Twenty of them wanted to train four times a week and 20 wanted to train twice a week. Even then we kept them together. In that group, Erling was quite a normal guy. Funny and a desire to train and win. He was the best from the first day. Scoring a lot, smiling a lot, training a lot. He was quite similar to how he is today."

"He was quite average size but because he trained with older boys, he lacked a bit in his height. He wasn't small in size but he was skinny, very skinny," Berntsen said. "He had his growth spurt when he was 14-15. Until then, he was normal height. From 14 he started to grow very quick. He kept growing until we went to Molde. When you stop growing, it's time to develop your muscles. It's not always wise to do much building your muscles when you're growing. We knew this would happen because his family, his older brother, he is fast and strong, we knew when he was 11-12 that we had to wait some years, this was something special in the making."

After a brief period with Byrne's senior team, Haaland was lured to Molde in 2017 and after 20 goals in 50 appearances overall, the Norwegian was eventually lured to Salzburg two years later.

Haaland dazzled with Austrian giants Salzburg, scoring an absurd 29 goals in only 27 games across all competitions – he joined Alessandro del Piero, Sergei Rebrov, Neymar, Cristiano Ronaldo and Lewandowski as the only players to score in the first five matches of a Champions League group stage, while becoming the first teenager to achieve the feat.

He also scored nine times for Norway's Under-20 team in a 12-0 rout of Honduras at the 2019 U20 World Cup. Haaland did not see out a season at Salzburg, prised to Dortmund in January last year and he has not looked back.

Since Haaland joined Dortmund, he exceeded his xG-value (38.7) in the Bundesliga by 10.3. It is the highest value of a player in Europe's top-five leagues in this time.

"He is very similar to now to when he was 11-12. He scores a lot. In that group, if there were 40 players, many of them were of good quality. Ten of the players with Erling, nine other players played in the region team. Four of them later came into the Under-18 national team. Erling had to conquer each training session, to win. He didn't have it always easy," Berntsen said.

"The personality and quality you see is quite similar. When he played with two defenders, they played for Norway U18 - they are strong and powerful. If he had to score in the training session, he had to be smart in his movement. Quite early he developed the smartness, the tactical ability. The whole of the group trained much outside the main session - in the indoor hall, hour after hour having fun. He gained very good technical skills.

"His mental skills were strong early. He was always more willing to win. The technical and mental part were very good. He lacked a bit physically. We knew to wait some years and this might explode. The personality, desire and passion is just what it was earlier."

"When he moved up to us, because of the quality of the group, he didn't have to be too high on his self because it wasn't too easy," Berntsen continued on Haaland's attitude and character. "We didn't know if we were going to lose or win in training.

"This is a small place where 12,000 live. everyone knows each other. He had to develop with no media around. It was a good place for him. No big attention. He had to train and develop without any disturbance because if you are in a big city and club, you can have a lot of attention and it isn't so easy. But here he could train with his friends and develop steady. His father had played in the Premier League, so in this area everyone knew who he was."

Since Haaland's arrival in Dortmund, he has scored 13 Bundesliga goals after carries – in Europe's top-five leagues, it is only bettered by six-time Ballon d'Or winner Lionel Messi (15).

In the 2021-22 league campaign, Haaland is one of four players who has been involved on 10 open-play sequences which ended in a goal – together with Hoffenheim's Andrej Kramaric, Bayern veteran Thomas Muller and Wirtz.

While Berntsen predicted a great career, not even he could have envisaged the speed of Haaland's rise to the top amid links with the likes of Real Madrid, Manchester United, Barcelona, Bayern, Manchester City, Chelsea, Liverpool, Paris Saint-Germain and Juventus.

"I didn't see that at this age that he would become top scorer in the Champions League like he did or score in each match at this level. But we're not surprised that he is doing well," Berntsen said.

"When he got the first possibility to play in the regions team, he was picked then the national team, you can play from 15, and he was picked and scored. He always kept scoring at a new level. At a time when he lacked a bit physically. We knew he would become strong and fast. Of course we didn't see that level at that early age. But many of us, we were quite sure he was going to have a good international career, from 12 years old."

He added: "When you're 21, the body isn't fully grown yet. It can develop in all aspects of the game but it's not too easy now because the level he is on is high already. But when you're trying on a daily basis, you train to get better. If you do that, you'll have a small percentage of growth.

"He is one of the new rising stars that can do a lot of different - high pressure, low pressure, he can run, smart in the box, quite good in offence and defence. The next generation of players will have that variety - not just one type on top. He can be a front man or in counter-attacks. That might be common in the future. You have quite good variants in quality. There are still things for him to develop."

Prior to matchday-three fixtures in the Champions League, only Lewandowski had scored more goals and a higher xG-value across all competitions in the top-five leagues this season than Haaland.

Dating back to his switch from Salzburg in 2020, Haaland eclipsed his xG-value in his Champions league performances by 4.1 – the highest value of a player in the Champions League in this time prior to the club's 4-0 rout at the hands of Ajax.

While only Lewandowski has been involved in more Champions League open-play sequences that ended in a goal than Haaland since the latter's transfer to Germany (before Dortmund and Bayern's fixtures this week).

When asked where Haaland – who has a return of 12 goals in 15 international appearances for Norway – would be best suited if he were to leave Dortmund, Berntsen replied: "There's not so many possibilities now. There may be a few clubs who can afford him. It's not for everyone.

"Erling and his family, they've done a brilliant job to select the next level. If he stays in Dortmund, if he was to end his career there, still he had a brilliant career because he's a funny guy from a little town.

"Erling is down to earth. If you have a job and have big defenders knocking you down, you have to make a statement and prove yourself. He is a loveable guy and we are proud of him. Humble. If you asked me a year ago, I'd say maybe Spain or England but Spain or France now." 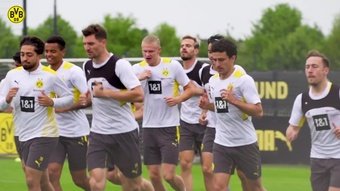 VIDEO: Haaland and Bellingham get ready for final game of the season 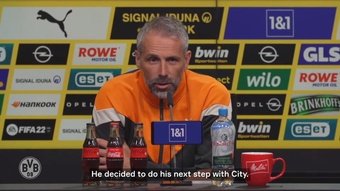 VIDEO: 'We will not stop playing football after Haaland leaves us' - Rose 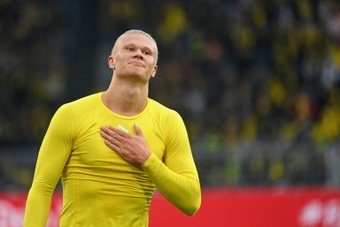 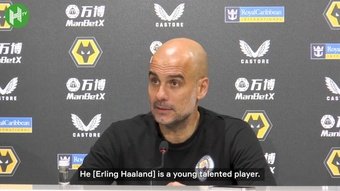 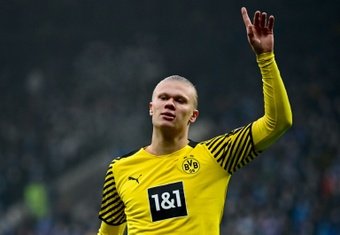 Haaland already has buyout clause: 150 million to get him out of City 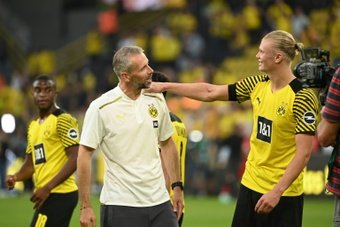 Marco Rose's warning to Haaland: "We will meet again" 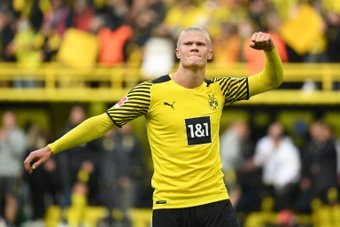 Chelsea were worried about Haaland's adaptation to the PL 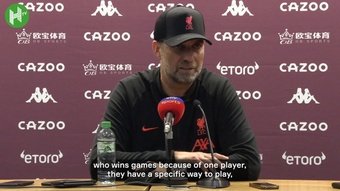