BeSoccer 7 months ago 327
English coach Baxter returns to success-starved Kaizer Chiefs
England-born Stuart Baxter, the last coach to win a trophy at famed South African club Kaizer Chiefs, was rehired on Wednesday by the club, who are facing a sixth season without silverware.Â

The only chance the Soweto outfit have of lifting a trophy is to win the CAF Champions League, but they are rank outsiders ahead of a semi-final against Moroccan outfit Wydad Casablanca this month.

Although local coach Gavin Hunt exceeded expectations by reaching the last four of the marquee African club competition, he was fired last month after a dismal domestic campaign.

Chiefs finished only eighth in the 16-club national league and made a humiliating first-round exit from the FA Cup by losing at home to a second-division club.

Widely travelled Baxter was in charge of Chiefs from 2012 to 2015 and won the league twice, the FA Cup and another knockout competition before joining Turkish club Genclerbirligi.

A club official told AFP the new coach had signed a two-year contract, and among the assistants he will likely work with is son Lee, the goalkeepers' coach under Hunt.

Steve Komphela replaced Baxter in 2015 and he, Italian Giovanni Solinas, German Ernst Middendorp and Hunt failed to win a trophy for a club who boast a record 53 domestic titles since being formed in 1970.

Baxter has also guided the South African national team twice, with his greatest achievement a last-16 triumph over hosts Egypt in the 2019 Africa Cup of Nations.Â

With the domestic season finished, the priority for Baxter is the June 19 and 26 matches against twice African champions Wydad, with the first leg in Casablanca.

The clubs met at the group stage with Wydad winning 4-0 at home and losing 1-0 away after sending reserves to South Africa so that their stars would not face Covid-19 quarantine when they returned to Morocco. Â 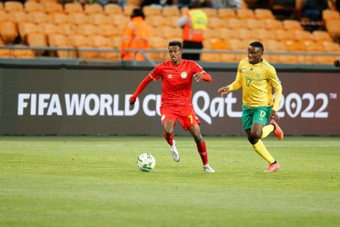 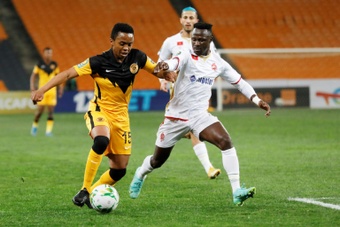 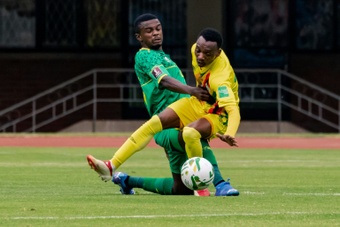