On Wednesday, England manager Gareth Southgate announced the list of players he’ll be taking with him to Russia. In the 23-man squad, only 5 do not belong to a top-six side.

Southgate’s side was always going to cause a stir. And a stir it has caused. When the ‘Three Lions’ boss announced his troop for the World Cup, incensed fans across the country took to their keyboards to question the gaffer's choices and offer their expertise.

When you scrutinize Southgate’s squad further, it becomes clear that the Premier League’s big six hold all the cards. Well, almost. Of the 23 players set to jet off to Russia, more than three quarters of them play for a side that finished in the top six last season. The side with the most representatives is Tottenham (5), followed by recently crowned champions Manchester City and rivals United (4 each), Chelsea (2), Liverpool (2) and Arsenal (1).

After punching those numbers into a calculator, that leaves five measly spots to be filled. Interestingly, three of those are occupied by goalkeepers and the other two by Jamie Vardy and Harry Maguire of Leicester City. The only player in the entire squad whose club didn’t achieve a top-10 finish was Jack Butland, the shotstopper of Championship-bound Stoke City.

Now, the ‘lesser’ sides of England’s top flight are by no means void of talent. Take Newcastle, for example, whose captain Jamaal Lascelles and Jonjo Shelvey were both outside shouts to make the cut. With nine clean sheets to his name, Lascelles has been consistently formidable in the North East this season, whilst Shelvey has been up to his usual string-pulling, pass-spraying antics for the Magpies. Both men ultimately slipped under Southgate's radar.

Other players who will feel hard done by are Lewis Dunk of Brighton and Southampton’s Ryan Bertrand, who had previously cemented a spot in his country’s starting XI. Talking about the Saints captain’s omission, Southgate said: “Ryan is also very unfortunate in that it's probably one of the strongest positions we have. Ryan has had a decent season but I just felt the others were ahead of him.”

One man Bertrand missed out to was Danny Rose who has spent more time on a gurney than on the pitch this season, featuring in just 10 Premier League matches. Fans on social media have also singled out Danny Welbeck as a dubious call. The Arsenal striker's scoring tally in the league this season leaves a lot to be desired and his five goals put him level with the likes of Troy Deeney, Tammy Abraham and slender legend of the 2006 and 2010 World Cups, Peter Crouch.

With just 23 seats on the plane, it was never going to be straightforward for Southgate to pick the group tasked with 'bringing football home.' Many downbeat Lions will be feeling that, unless they don the jersey of a top-six side, their roar will never be loud enough. 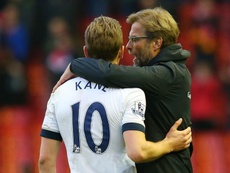 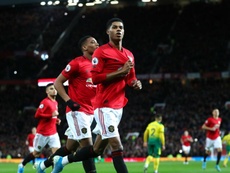 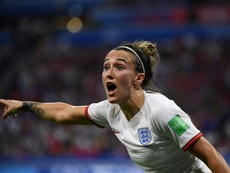 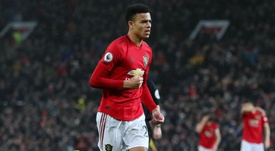 Lampard backs Abraham to step up for England in Kane's absence