England international Nikita Parris has completed her move from Manchester City to Lyon on a free transfer.

Parris, 25, announced her decision to leave City after five years at the club this month, having been crowned the Football Writers' Association's women's player of the year.

And on Tuesday her move to Lyon, who beat Barcelona to win a fourth consecutive Women's Champions League title, was confirmed.

"I'm so excited, it's the biggest club team in the world for women's football," Parris said to Sky Sports. "There's no better way to kick on my career than to play for this team.

"I'm so excited to play with some of the best players in the world and show what I can do on the football pitch against some of the greatest teams as well.

"I was torn because obviously you want to make sure that you pick the right team but ultimately when Lyon come in for you it's not a team you turn down and I knew if I was to turn it down it would be a massive regret."

Parris will join England team-mate Lucy Bronze at the club, with both players included in Phil Neville's squad for the upcoming World Cup, which is hosted by France. 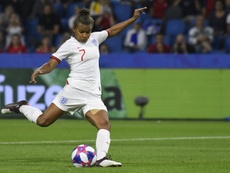 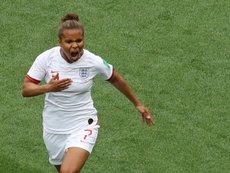 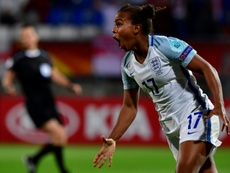 Nikita Parris on her academy 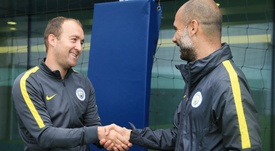