BeSoccer 23 days ago 666
England striker Harry Kane celebrates after scoring against Albania. AFP
Harry Kane fired England to the verge of World Cup qualification as he became his country's record goalscorer in competitive matches with a hat-trick in Friday's 5-0 demolition of Albania.

Gareth Southgate's side need a draw in their last Group I qualifier at San Marino on Monday to seal their place at next year's tournament in Qatar.

After Harry Maguire put England ahead early in the first half, Tottenham striker Kane seized the Wembley spotlight with a virtuoso display of finishing.

Kane's first half treble moved him above Wayne Rooney to set a new England record with 39 goals in 55 competitive internationals.

Rooney holds England's record in all competitions with 53 goals, while Kane is now level with Jimmy Greaves on 44.

Kane has endured a troubled spell for Tottenham, scoring just once in 10 Premier League appearances this season, and he admitted this week he has struggled mentally and physically since England's agonising Euro 2020 final defeat on penalties against Italy in July.

But the 28-year-old, who failed in his protracted bid to join Manchester City in the close-season, has remained prolific for England.

Jordan Henderson also netted for England in a blistering five-goal first half for the Group I leaders.

Sitting three points ahead of second placed Poland, England, unbeaten in the group, are odds on to finish the job against minnows San Marino.

Unconvincing draws against Poland and Hungary in two of their previous three qualifiers had sparked suggestions England were running out of steam after an emotional year.

But Southgate had demanded a higher tempo performance than England delivered against Hungary and his players gave a stylish response to the challenge.

It took just nine minutes for England to take the lead after captain Kane was chopped down by Klaus Gjasula wide on the right.

Reece James took the free-kick, curling a superb delivery to the far post where Maguire arrived to thump his header past Albania keeper Thomas Strakosha.

It was a cathartic moment for Maguire after a difficult period for the out-of-form Manchester United centre-back, who celebrated by sticking his fingers in his ears to indicate he had blocked out the jibes from his critics.

Kyle Walker nearly gifted Albania an equaliser with a woefully under-hit backpass that was seized on by Myrto Uzuni, but Jordan Pickford raced off his line to make a fine save that drew a moment of congratulation from the relieved defender.

With England ripping the ramshackle Albanians to shreds, Kane struck in the 18th minute.

Phil Foden's pass gave Henderson the chance to cross and his lofted ball picked out Kane, who had the simple task of heading past Strakosha from five yards.

Kane turned provider in the 28th minute when his deft pass put Henderson through for a clinical finish.

There was no let-up from England and Kane struck again in the 33rd minute, gliding onto Raheem Sterling's pass before driving his shot into the far corner from a tight angle.

Kane completed his treble in spectacular fashion in first half stoppage-time as he went airbound to meet Foden's corner with a scissor kick that deflected past Strakosha.

That made him the first England player to bag a perfect hat-trick - scoring with a header, his right foot and his left foot - since David Platt against San Marino in 1993. 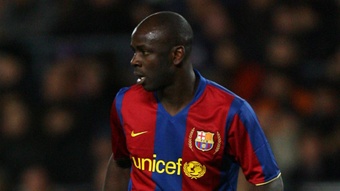