The English Football League (EFL) warned the economic crisis facing its clubs will not be spared by a resumption of matches behind closed doors as it delayed any return to training until May 25 on Wednesday.

Unlike the top-tier Premier League, which is pressing ahead with plans to finish the season in a bid to satisfy lucrative television contracts, many of the 71 clubs in the three divisions of the EFL are far more reliant on gate receipts.

The UK government earlier this week paved the way for elite sport to return behind closed doors from June 1.

However, it is likely to be many months before supporters are allowed back into stadiums due to social distancing guidelines to help slow the spread of coronavirus.

"Solutions are still required to fill the financial hole left by the crisis," the EFL said in a statement after a meeting with clubs.

"The consequences of the COVID-19 pandemic will not be rectified simply by a return to play behind closed doors."

Government guidelines were issued on Wednesday to advise how elite sport can return safely to training.

However, the EFL pushed back the earliest date for training to recommence to allow clubs time to implement the changes needed to meet new protocols and a comprehensive testing programme.

"Clubs have today been issued with the latest draft of the EFL'S Return to Training Protocols, so that they can prepare appropriately," the statement added.

"However, until all outstanding matters are concluded, including finalising a comprehensive testing programme on matchdays and non-matchdays, the EFL Board has informed its Clubs that a return to training should not take place until 25 May at the earliest."

All clubs in the Championship have nine matches remaining, while some in League One and Two have up to 10 fixures of the season still to play.

The bottom two tiers could, though, struggle to complete the campaign due to the costs associated with implementing testing and the high percentage of player contracts set to expire in the coming weeks.

"I don't see League One and League Two starting," said Rotherham chairman Tony Stewart, whose side sit second in League One. 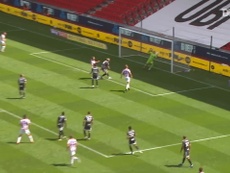 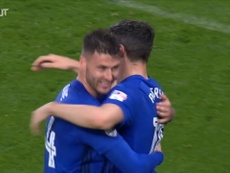 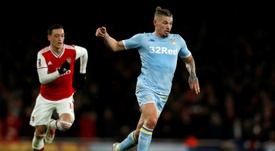