'ED': Real Madrid to offer Kubo to Betis on loan

Real Madrid are not happy with Takefusa Kubo's situation at Villarreal and they could look for a new team for him in January. That is what 'Estadio Deportivo' has confirmed. They say that Real Madrid have offered to send the Japanese on loan to Real Betis in January.

Real Betis could be interested in the loan of T. Kubo currently playing for Real Madrid

T. Kubo ends his loan on Villarreal and returns to Real Madrid

December is just around the corner and Takefusa Kubo's situation at Villarreal has not changed much. He has started sometimes in Europe, but he has hardly played in La Liga. Real Madrid are not happy with the current arrangement and they are reading to take him out of there in January.

Kubo has played 491 minutes in 14 matches for Villarreal and he has scored one goal. He also has three assists. Only 173 of those minutes have been in La Liga and Real Madrid are seriously thinking of moving him elsewhere.

That is what 'Estadio Deportivo' says. The newspaper based in Sevilla reports that Real Madrid have offered Kubo to Betis. The deal would see him go to Betis on loan in January. However, it is far from a done deal.

For starters, there are several clubs who are after him. According to 'Defensa Central', Real Sociedad, Valladolid and Valencia also want him, but cancelling his loan deal will not be easy. Villarreal agreed to pay 2.5 million euros for him.

Villarreal could reportedly terminate the loan deal in January if they pay half of that amount. If that happened, Kubo would be free to go elsewhere.

Betis' financial situation is far from ideal and the newspaper says they have to reduce their wage bill. What is more, they already have the maximum number of players they are allowed. Despite that, they think Kubo is a very interesting option for Manuel Pellgrini.

Real Betis could be interested in the loan of T. Kubo currently playing for Real Madrid

T. Kubo ends his loan on Villarreal and returns to Real Madrid 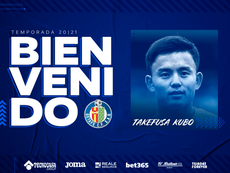 OFFICIAL: Kubo leaves Villarreal and goes on loan to Getafe 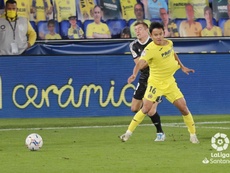 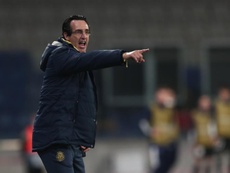 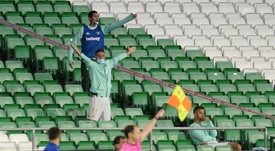 Kubo gets more minutes ... and gets sent off

Madrid will be patient with Kubo, but may cancel his loan if he doesn't play