A 91st minute leveller by Bruno Duarte for Guimaraes meant Arsenal failed to win their for the first time in this season's Europa League group stage. Shkodran Mustafi had put the visitors in front ten minutes from time, but the home side deservedly claimed their first point in Group F.

Arsenal lost their 100% record in the Europa League after pegged back late on in Portugal against Vitoria Guimaraes. The match, which took place at 3.50pm on a Wednesday afternoon because of Braga's match with Besiktas on Thursday, meant the stadium was largely made up of away supporters.

Davidson had the first chance when he hit wide inside 25 seconds before Venancio had to prevent Nicolas Pepe, who scored two late goals in the previous meeting, from putting Arsenal ahead. Then with eight minutes on the clock, Davidson laid the ball off to Guimaraes' Pepe and his 25 yard strike cannoned off Emi Martinez's post.

Guimaraes, who needed to win, dominated the early exchanges and Martinez had to make a brilliant save three minutes later to deny Evangelista before Tapsoba headed teammate Pepe's free-kick towards goal. Martinez in the goal was once again called into action on that occasion. Arsenal then had a chance as Holding headed over Saka's cut back from the byline, but that was an anomaly.

Davidson was inches away from making it 1-0 after 26 minutes when Sokratis could only half clear Evangelista's free-kick and Davidson curled his shot just round the post. Venancio then headed over the bar five minutes later after very poor Arsenal defending from a set piece. After the first half an hour, the game calmed down and there was little to speak of for the rest of the half in the pouring rain.

In the second half, Arsenal were the better team, but the game was crying out for a goal. Mustafi had the best opportunity in the 63rd minute when he headed over the bar at the far post from a corner. Willock also had an ambitious effort nine minutes later, but ten minutes from time, Arsenal hit the front.  Martinelli was fouled on the edge of the box and Nicolas Pepe's free kick was headed by Mustafi at the far post. The German managed to direct the ball across goal into the opposite and the Gunners took an undeserved lead.

The hosts brought on their final substitute and Bonatini hit off target in the 90th minute after a cross was laid off by Duarte. Then, as five added minutes went up, Guimaraes levelled in spectacular fashion. Edwards made a brilliant run down Arsenal's left, he reached the byline before crossing to the far post where Rochinha headed it into the six yard box and Bruno Duarte pulled off a lovely overhead kick.

The Portuguese outfit needed a second as a draw was not much good to them and they pressed hard in the few minutes that remained. Victor Garcia's ball into the area was flicked on by a teammate and Mustafi deflected the ball narrowly wide of the post. Then from the resultuing corner, Rochinha's shot at the far post across goal nearly went in. In fact, Arsenal were relieved to hear the final whistle as they were holding on at the end.

It was a fair result as Arsenal created very little throughout the whole game. Guimaraes remain bottom on one point and are all but out of contention while Arsenal move onto 10 points and will qualify on Thursday if Eintracht Frankfurt beat Standard Liege in Group F's other fixture. 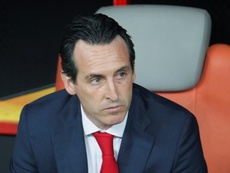 Emery stated that they drew against "the strongest rivals" 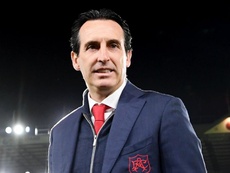 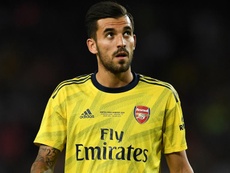 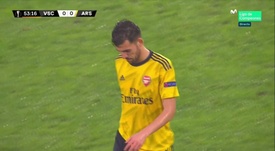 Xhaka and Aubameyang not in squad for Guimaraes trip