Rangers' Greg Docherty wants to push his way in to the team after succeeding so far on loan at Shrewsbury.

The Glasgow-based team have had a successful start to life back in European football after an eight year absence, taking four points from their first two games.

While Steven Gerrard's men are enjoying the Europa League, Greg Docherty decided to move to League One outfit Shrewsbury Town to get more playing time.

The forward has impressed since moving south of the border to England, scoring three time in his last five appearances, and thinks the risk is paying off.

""I've watched the European games and it's been hard. The atmosphere seemed amazing and those are the type of matches I've always dreamed of being involved in, so it was tough not being there." Docherty told 'Sky Sports'

"I've taken a gamble coming down here to Shrewsbury. The hope is that while I'm missing out on some big nights this season, I can develop to the point where I'll be able to look forward to many of them in the years to come. I've still got four years on my contract and I fully intend to see it out - if not extend it.

"This is probably my best goalscoring run ever. This was one of the reasons why I was so keen to go out on loan, to show I can contribute in the final third. I've enjoyed my time down here. Getting a run of games is really benefiting me." 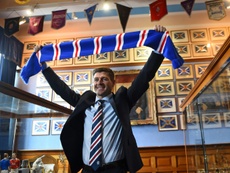 'Gerrard has set a high standard' 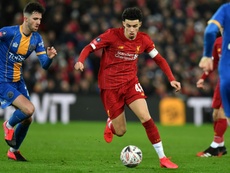 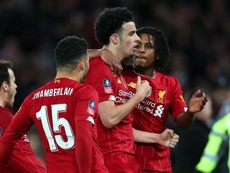 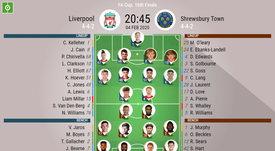