BeSoccer 12 days ago 6k
Mbappe is in line to earn his 50th France cap in the Nations League semi-final. AFP
Didier Deschamps insisted Wednesday that he wasn't interested in any controversy surrounding Kylian Mbappe after the star France forward said he wanted more support from his teammates after Les Bleus' early Euro 2020 exit.
End
Semi-final
Bélgica

On Tuesday Mbappe said in a long interview with sports daily L'Equipe that he would have liked more from the team after his missed penalty against Switzerland ended world champions France's European Championship campaign at the last 16 stage.

However, coach Deschamps claimed he hadn't even read the article, published two days before what should be Mbappe's 50th cap for his national team, against Belgium in the Nations League semi-finals.

"I don't know what he said, I didn't read it and it doesn't interest me," Deschamps told reporters.

"I spoke to him and had a discussion with him, and that's all that matters for me. What's done is done, you can't go back into the past."

France captain Hugo Lloris meanwhile said that it was time for France to put the Euros flop behind them and look ahead to Thursday's match in Turin.

"It's not a good idea to mix competitions. The Euros finished a few months ago and now we're talking about the Nations League semi-final," said Tottenham goalkeeper Lloris.

"Playing against a strong team like Belgium makes things better for us. And even though the Nations League is not as important as the World Cup or the Euros, it is a tournament which involves the best teams in Europe."

Last Thursday, world football's governing body FIFA held an online summit with its 211 member federations in an attempt to rally support for the idea of a biennial World Cup, but Lloris said that would drain some of the magic from the tournament, which is currently played every four years.

"I think it should be a quite rare tournament, so I think playing it every four years helps protect a precious tournament.

"I grew up waiting for the competition every four years and as a player I think it's always something that you have in your mind. I think it's a decision that needs to be made thinking about the players, the clubs and the countries." 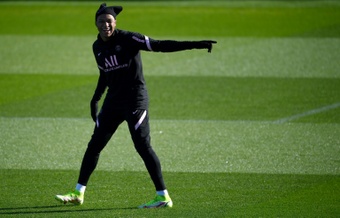 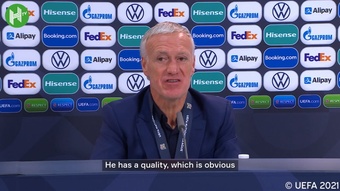 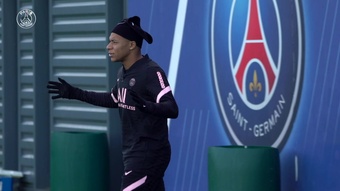