The former European champions, now languishing in Bundesliga 2, lost 2-0 at home to their smaller, poorer neighbours St Pauli on Saturday. Worse, Hamburg, who started the day second in the table, were dominated in a rainswept derby.

"It's my fault for not finding the right key at the right time," Hecking told German television.

Hecking said his players had the quality to return to the top flight and would not be derailed by criticism after losing to their cross-town rivals.

"We're going to put up with the scorn and the ridicule, shake it off in the coming three or four days before again pursuing our common goal and that means promotion," he said. Hamburg were relegated for the first time at the end of the 2017-18 season. They had been the only Bundesliga side never to have played in the second division since the German league was reorganised in 1963.

It was a drastic fall from grace for the Red Shorts, who have won six German titles, including three in the Bundesliga era, in addition to their European Cup. Perhaps tempting fate, the club had erected a clock showing how long the side had been in the top flight. The clock was removed in 2019 and will be put on display in the German football museum in Dortmund from 2021.

Last season, Hamburg finished fourth, one point behind Union Berlin who won the relegation playoff against VfB Stuttgart to reach the top division for the first time. On Saturday, Henk Veerman and Sheffield Wednesday loanee Matthew Penney scored in the first half and St Pauli held on to gain their first away win in just under a year, lifting themselves out of the relegation places in the process.

"I have to admit that I didn't find the right words during the half-time break. I'll take the blame for that," Hecking said.

The home side rattled the woodwork twice in the first 10 minutes after half-time, but dropped off in intensity and lacked fluency as the game went on. Hamburg, who also lost 2-0 against their bitter city rivals in the away game in the first half of the season, slipped to third. They trail leaders Arminia Bielefeld by six points and Stuttgart by three, after both won on the weekend.

Club sporting director Jonas Boldt, who joined in the summer of 2018 after spending 12 years with Bayer Leverkusen, said he was confident the side had what it takes to rebound.

"We've had several situations this season where people thought we would break down, but we reacted and we will react again."

Before the loss, Hamburg had collected 10 of a possible 12 points since returning from the winter break.

Hamburg face a crucial run of games. After playing Erzgebirge (ninth), Regensburg (eighth) and Fuerth (sixth), they will welcome leaders Bielefeld in late March before heading away to Stuttgart the following week. 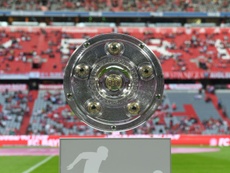 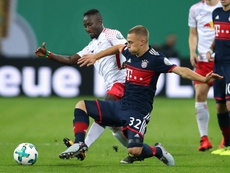 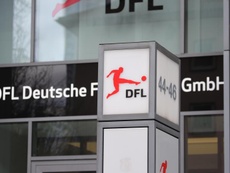 DFL announces this weekend's Bundesliga action is off 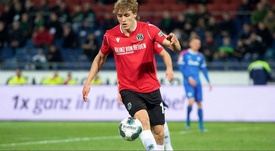