Deco will be Barcelona's scout in Brazil

BeSoccer 9 days ago 806
The former Barça player Deco will be Barcelona's new scout. EFE
The former Portuguese player will take Andre Cury's job. Andre Cury was a controversial agent during the Bartomeu era at Barça and he was fired because of irregularities when signing contracts.

The Barcelona legend Deco will come back to Barcelona to form part of the sporting director's team. The Portuguese, with a Brazilian background, will be Barcelona's chief scout in Brazil replacing Andre Cury.

Deco will have to identify the biggest talents in the South American country and recommend signings that could help to improve the team.

The former player still has a great relationship with Barcelona's president Joan Laporta, who is the man behind Deco's return to the club, according to 'AS'. Deco will have to respond to Mateu Alemany and Johan Cruyff, who is the international chief scout.

Deco formed part of Laporta's presidential campaign and now he is officially a part of the team.

He will replace Andre Cury, who never had a clear position at Barça and was fired because of financial irregularities when signing contracts.

Mentioned in the news story
Deco 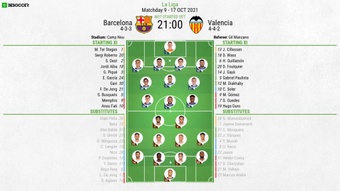 Barcelona v Valencia - as it happened 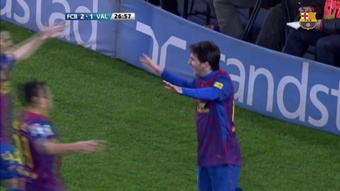