De Roon: Atalanta proving they can compete in Champions

Marten De Roon believes Atalanta have now shown they are at Champions League level after claiming their first ever win in the competition.

Marten De Roon said Atalanta have finally shown they can compete at Champions League level having been a "bit of a joke" in their opening three matches.

Luis Muriel and Alejandro Gomez goals handed Atalanta their first Champions League victory as the Serie A side kept their slim last-16 hopes alive with a deserved 2-0 win over Dinamo Zagreb on Tuesday.

"After the first three matches we looked like a bit of a joke in the Champions League, but after tonight we showed we're at this level," midfielder De Roon said.

Atalanta head coach Gasperini added: "It's the night we wanted. Gomez's goal came after many missed chances and gave us the boost we needed. Now we believe we can progress."

The Italian outfit remain bottom of Group C and must beat Shakhtar Donetsk in the final game while hoping Dinamo fail to win against Pep Guardiola's Premier League champions.

Atalanta midfielder Remo Freuler said: "We believe we can progress, of course. We need a win to stay in Europe – and, if we're lucky, the Champions League."

It was a disappointing evening for their Croatian opponents, who had thrashed Atalanta 4-0 in the reverse fixture.

"Sometimes you have to admit that your opponents were better and Atalanta were simply better than us tonight," coach Nenad Bjelica said.

"We had some chances when we were one goal behind but didn't score from them. We could have been better in every segment of the game. We let them make chances and we didn't play fast and simple enough.

"They deserved it tonight. They played like we did in the game in Zagreb. Now we have nothing to lose. In front of our fans, anything can happen." 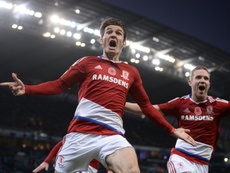 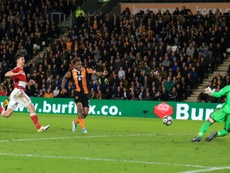 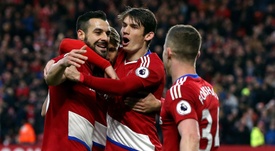