Pep Guardiola's side finished 18 points behind champions Liverpool last season after making an inconsistent start to the season.

Having won the title two years in a row before last term, De Bruyne knows exactly what it takes to lift the trophy.

Monday's 3-1 win at Wolves in their opening game was a solid beginning.

De Bruyne scored City's first from the penalty spot before having a hand in Phil Foden and Gabriel Jesus's goals.

But the Belgium midfielder is well aware that City cannot afford to take their foot off the gas.

"If the title pace is the same as the last few years it'll be hard. We want to fight with Liverpool. That's what sport is all about," De Bruyne told City's website.

"With just two weeks training, it was always going to be hard. But we kept it tight and I think we did really well and we know you have to start well".

"Wolves have been a bogey team for us, so to come here and do this performance is good".

"We were missing some players. We will go game by game, Thursday (in the League Cup against Bournemouth) is another one."

It was City's first competitive game since long-serving playmaker David Silva left the club and De Bruyne feels they have the players to cope without the Spaniard.

"Everyone has to play with their own quality. David (Silva) is the master of tight spaces, but in Phil, Bernardo (Silva), Riyad (Mahrez) and Raheem (Sterling), we have players who can do the job. But obviously he is a big miss," De Bruyne said.

"We have so many attacking players, I can slot them in and they can do the rest depending on the formation of our opponents." 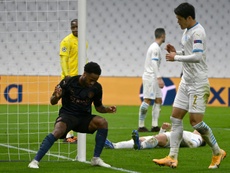 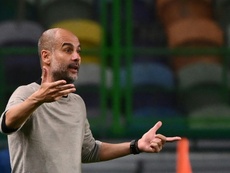 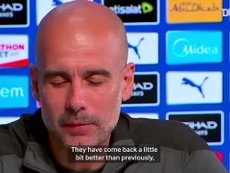 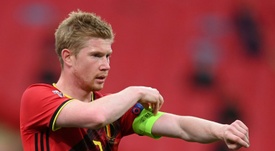