"We have worked hard to confirm the choice of Daniel Cousin, to whom we entrust the national team," the Gabonese Minister of Sports, Alain-Claude Bilie By Nze, told media on Monday after a meeting of the Gabonese Football Federation (Fegafoot).

Last week, Fegafoot announced that Pierre-Francois Aubame Eyang and Cousin would work together coaching the Panthers.

On Friday, Pierre-Emerick Aubameyang slammed the decision to name his father without a deal being finalised, saying his father was in bad health and had no intention of taking the job.

"You wonder why I have problems with you? Why I don't want to be in the squad any longer?" Aubameyang said in an Instagram post late Friday.

"The president of the federation called my dad but didn't even bother to ask about his state of health. He's sick at the moment."

Fegafoot admitted this was "a situation which could have been avoided," blaming the sports minister for making a premature announcement. It added, however, that Aubame Eyang, who played 80 times for Gabon, "had on several occasions expressed his desire to train the national team".

Cousin, a 41-year-old former striker, played 56 times for Gabon and had been general manager of the Panthers since 2014. He had stints with Lens, Rangers and Hull City.

"As a former captain, being able to train this team is seeing a dream come true," Cousin told the media.

Gabon's previous coach, Spaniard Jose Antonio Camacho, was sacked in mid-September after Gabon lost 1-0 to Zambia in a friendly. In less than two years in the job, he won just two matches, losing seven and drawing eight.

The Panthers are due to play South Sudan twice next month in qualifying for the 2019 Africa Cup of Nations. 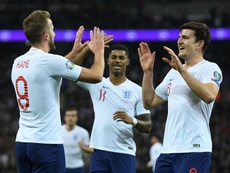 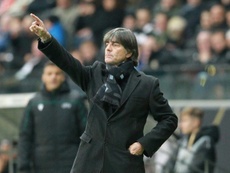 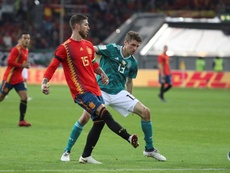 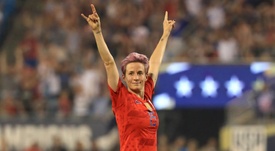