Dani Osvaldo played his first match in four years as the former Inter and Roma striker came out of retirement for Argentine side Banfield.

Ex-Italy international Osvaldo last played for powerhouse Boca Juniors before quitting football in 2016 to pursue his passion for music.

Osvaldo, however, traded his guitar for football boots in January and the 34-year-old made his stunning return on Sunday.

The veteran – who was released by Boca for reportedly smoking a cigarette in the dressing room – came off the bench with 16 minutes remaining as visiting Banfield lost 1-0 to River Plate in Buenos Aires, where he was whistled and jeered.

"I am very happy, in Banfield they treat me very well and make me feel important," Osvaldo said post-match.

"Physically I felt good. I really wanted to play again, I'm happy for that."

Banfield are 16th in the 24-team Superliga, nine points outside of the Copa Libertadores places and 17 adrift of leaders River. 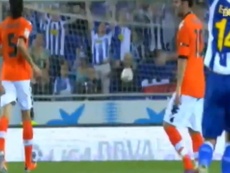 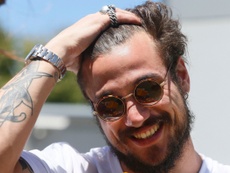 'I quit football because I prefer barbeceue and beer to money' 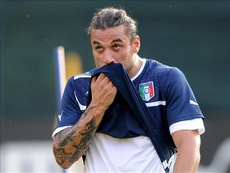 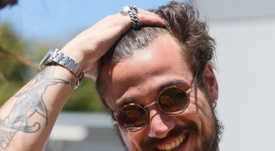