A week after a 2-1 home defeat to Sampdoria extinguished any realistic hopes of qualifying for the Champions League, Inter's chances of even qualifying for Europe are now hanging by a thread.

Falcinelli beat Samir Handanovic from the penalty spot on 19 minutes and the on-loan Sassuolo striker completed his brace three minutes later to leave Inter stunned as they headed in for the half-time interval.

Inter defender Danilo D'Ambrosio reduced arrears in the 65th minute, but after a string of late misses Stefano Pioli's men had to settle for a 10th league loss that, coupled with AC Milan's 4-0 win over Palermo, could cause considerable damage to their European hopes.

Pioli claims he is looking ahead positively to next week's city derby at home to Milan, but told Sky Sport: "It's a heavy defeat, thankfully we have the derby next week.

"It would be too easy to apologise to the fans. We now have to go out and show that today was just a blip.

"We made far too many mistakes. Our first half infuriated me, although I also take responsibility."

Crotone -- located in Calabria on the sole of the Italian boot -- remain third from bottom but Davide Nicola's men are now just three points from the safety zone.

"We have a difficult run-in, but after today we should start believing more in our chances (of beating relegation)," said Nicola, who was sent to the stands for protesting when D'Ambrosio went unpunished for a two-footed lunge late in the second half.

AC Milan had Suso, Mario Pasalic, Carlos Bacca and Gerard Deulofeu to thank for the goals in a solid San Siro display that moved the Rossoneri up to sixth place.

Milan are now just two points behind Atalanta, in the final Europa League qualifying spot, with Inter moving the other way to sit four points behind the high-flying Bergamo side.

"The derby is a game apart. You don't even take each sides' technical ability into consideration," said Montella.

"Even the last time we met, Inter were going through a tough period. But it will be a difficult game."

Although leaders Juventus moved nine points clear of the pack with a 2-0 win over Chievo on Saturday, when Gonzalo Higuain hit his second brace in as many outings, the Turin giants haven't secured their record sixth consecutive scudetto yet.

Dzeko is now joint top of the Serie A scoring charts on 24 goals, with Torino marksman Andrea Belotti.

Belotti struck once in a 3-2 defeat at Cagliari, who saw Han Kwang-Song strike in the 95th minute to become the first North Korean to hit the back of a Serie A net.

"It was difficult to exit the Cup competition, but we still have seven games left to play and, in principle, we have to keep believing," said Dzeko.

Deep down, Spalletti shows little optimism of overtaking Juventus to claim Roma's first scudetto since 2001, but he told Sky Sport: "We believe. It's still mathematically possible so all we can do is keep on working hard to try and reduce the gap."

Napoli are now seven points further behind, and travel to Lazio later Sunday for a high-risk game that will see the hosts move to within a point of third place with a win at the Stadio Olimpico. 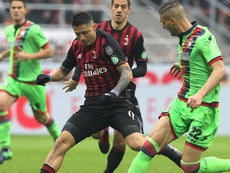 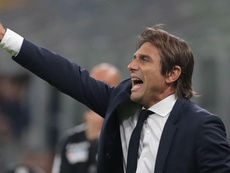 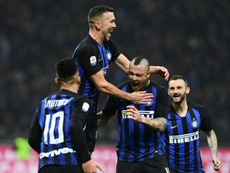 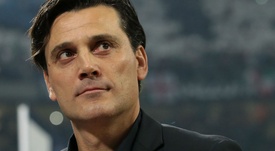