BeSoccer 2 days ago 1.5k
Cristiano was United's best player in September. EFE
Cristiano Ronaldo is having an amazing start of the season. The Portuguese star was named Manchester United's Player of the Month in September.

Cristiano Ronaldo has been named Manchester United's Player of the Month (POTM) in September. A trophy that rewards the Portuguese forward's great start to the season at 36.

Ronaldo received the award on Thursday after scoring four goals with his national team, he scored two against Newcastle on his debut, and also scored against Young Boys, West Ham and Villarreal.

Cristiano, who thanked the fans that voted for him, also won the Premier League's Player of the Month.

As well as being in form at Old Trafford, the five-time Ballon D'Or winner also shines brightly with his national team.

Cristiano scored a hat-trick for Portugal against Luxembourg. 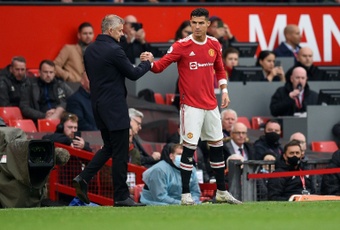 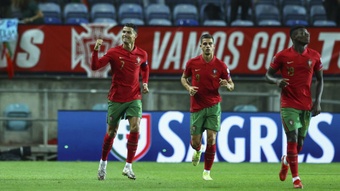 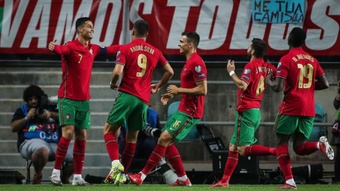