Banfield have parted with Hernan Crespo, five matches into the Superliga Argentina season.

Hernan Crespo has been sacked by Banfield after just nine months in charge, the club announced on Monday.

Crespo, who signed an 18-month contract with Banfield in December, paid the price for overseeing only one win in five league games this term.

Friday's goalless draw away to Defensa y Justicia left Banfield – 16th in 2018-19 – languishing in 19th position and without a win in three games.

"The board of directors of the Banfield Athletic Club wishes to thank Hernan Crespo and his entire technical body for their dedication, commitment, effort and commitment throughout these nine months at the helm of our first team," a statement read.

"The professionalism and work demonstrated by Hernan and his team on a day-to-day basis [both leading to the Primera squad and empowering our youth] have been extremely satisfactory. But unfortunately, as usually happens in football even with promising projects like this, the results obtained have not been as expected and those that the club need at this time.

"That is why it has been decided to end the relationship with the coach and his collaborators.

"Thanking again Hernan Crespo and his team not only for their professional skills, but also human and identification with the values of the Banfilena Family, we wish them good luck with their careers that will undoubtedly develop successfully."

Former Argentina striker Crespo had previously coached Serie B side Modena before becoming a director at Serie A outfit Parma.

Crespo scored 35 goals in 64 appearances during his international career, while in club football he won the Primera Division and the Copa Libertadores during his time with River Plate before moving to Europe. 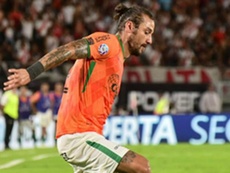 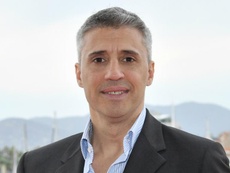 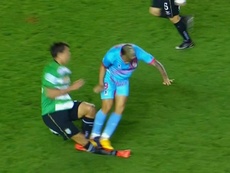 Is this the worst tackle in the history of football? 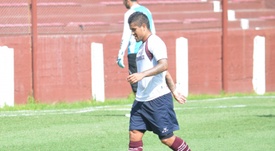