BeSoccer 5 days ago 258
Corruption has tarnished Kenyan football in recent years. AFP
When a youthful Nick Mwendwa took over the reins of Kenyan football five years ago, he was welcomed as a new broom who would clean up the troubled sport -- but now he himself stands accused of corruption.

The game was plunged into further turmoil this month when the government disbanded the Football Kenya Federation (FKF) for alleged embezzlement of public funds, and appointed a caretaker committee headed by a retired judge to run its affairs.

FKF boss Mwendwa, 42, was arrested at a Nairobi hotel and hauled into court to face allegations of financial impropriety, and has since been banned from the federation's headquarters and all football activities. Sports Minister Amina Mohamed spoke of an "extended deterioration in the state of football management in Kenya" as she accused the FKF of failing to account for millions of dollars from the government and sponsors.

Mwendwa, who is also the owner of top-flight league club the Kariobangi Sharks, has denied any wrongdoing. But former FKF secretary general Lordvick Aduda said the current state of affairs was no surprise as there has been a "systematic drain" of leadership at the football governing body. "We are at our lowest ebb. We are lowest in respect to performance, funding and management," Aduda told AFP. World-renowned as an athletics powerhouse, Kenya has long struggled to replicate its success on the track in the most popular game on the planet.

Mwendwa was first elected FKF head in 2016 after campaigning on an ambitious "team change" agenda, pledging a series of swift and sweeping actions to address the challenges he inherited. His forerunner Sam Nyamweya's two-decade rule was dogged by claims of corruption and mismanagement, highlighted by an embarrassing incident in 2018 when the national team was stranded at an airport before a World Cup qualifier because of a lack of funds.

"We will make sure that everything is functioning right from the grassroots," Mwendwa said after his election, vowing to make Kenya a "great football nation". But those dreams of glory failed to materialise, leaving Kenyan football in a dismal state. Mwendwa's tenure has been marred by the same sort of allegations of malpractice that peppered his predecessor's rule, while on the pitch Kenya's national team the Harambee Stars have failed to shine.

Earlier this year, Mwendwa was put on the spot over his decision to buy a 24-carat gold-plated trophy worth more than $50,000 for the premier league champions -- while the team that won the women's league pocketed a paltry 300,000 Kenyan shillings (less than $2,700).

Football's world governing body FIFA has now threatened to ban Kenya if it considers the government action against the FKF unwarranted third-party meddling. Kenya has twice faced such bans in 2004 and 2006 because of government interference -- coincidentally while the federation was also fighting claims of corruption.

Aduda voiced doubt that the caretaker committee, which is in charge of the FKF until elections in about six months' time, would improve the sport's fortunes. "Nobody is going to throw good money after bad," said Aduda, who lost out to Mwendwa when he was re-elected as FKF boss in 2020.

Kenya failed to qualify for the Africa Cup of Nations finals in Cameroon in January and are also out of the running for the 2022 World Cup in Qatar -- qualification was one of Mwendwa's much-vaunted pledges. The team are currently ranked a lowly 104 by FIFA -- below even the Democratic Republic of Congo -- and have not been in the top 100 since 2017.

Poor management, cancelled sponsorship deals, ageing players and a revolving door of coaches -- seven since 2016 -- have been blamed for their uninspiring performances. Adding insult to injury, the Confederation of African Football last month said Kenya's two main stadiums were not up to international standards.

But problems also run deep at local level -- unpaid club salaries, contract violations and poorly run championships. There are few incentives for youngsters, with a lack of structured training programmes or decent pitches outside the capital, so many give up football before secondary school age. "The state of football in Kenya is not encouraging," lamented Bob Oyugi, a former coach with Kenya's most successful club Gor Mahia,. He has called for the FKF's constitution to be overhauled to enable more grassroots involvement.

Former Kenya skipper Musa Otieno blamed the poor standards on the endemic graft that has left players unpaid and drained money away from efforts to develop the game. "Once elected, the officials forget the mandate that brought them to power. They put their interests ahead of sport," Otieno told AFP. "The people who will struggle are the players." 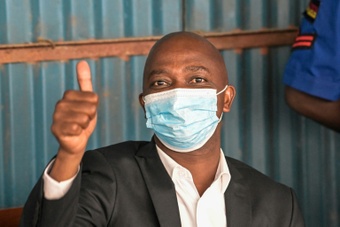 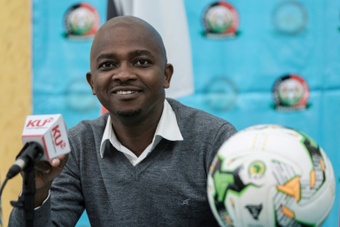