Cleared to train while in self-isolation, Wellington Phoenix will travel to Australia to finish the A-League season.

Wellington Phoenix confirmed they would fly to Sydney on Wednesday to complete the A-League season after reaching an agreement to train while in self-isolation.

Football Federation Australia (FFA) officials are planning for the rest of the A-League campaign to go ahead behind closed doors due to the coronavirus pandemic.

Wellington must self-isolate for 14 days when they arrive due to travel measures put in place by the Australian government.

The club confirmed on Tuesday they would leave for Sydney after reaching "an agreement with Australian state-based health officials to be able to train within the self-isolation window".

"The decision to travel to Sydney in an attempt to complete this season was made as a club," Phoenix general manager David Dome said in a statement.

"We have discussed this amongst ourselves, consulted with health professionals and government bodies in Australia and New Zealand and taken all possible precautions to ensure those travelling are given the best protection possible.

Wellington Phoenix will travel to Sydney to complete the @ALeague 2019/20 Season after a 14 day self-isolation period - in which they can train.

"We are also conscious that the situation is constantly evolving and it may all change again tomorrow, but we are making this decision with the best information we have available at this time.

"As things have continued to evolve rapidly over the past few days, all options have been investigated and it became apparent that suspension of the Hyundai A-League was never an option."

All players and coaching staff have decided to travel to Australia on Wednesday, the club said.

Wellington are set to play the rest of their A-League games in Australia, beginning with a clash against Adelaide United on April 5. 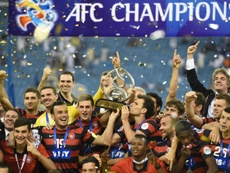 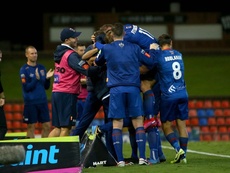 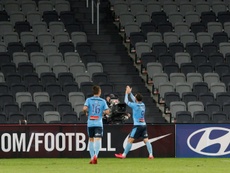 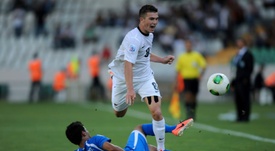