Sports stars were left to find new ways to entertain themselves as the coronavirus pandemic saw competitions suspended.

Elite-level sport has been paused across the globe due to the coronavirus pandemic that now has over 150,000 confirmed cases worldwide.

In a bid to contain the spread of the virus, competitions have steadily been halted over recent weeks. Each of Europe's top five football leagues are off, along with the Champions League, while the NBA came to a sudden stop on Wednesday.

Motorsport was hit as Formula One's Australian Grand Prix was postponed, while cricket, tennis, golf, hockey and, initially to a lesser extent, rugby all also took stock. In a peculiar period with a vastly reduced sporting schedule, a number of stars were therefore left to make alternative plans. Reigning NBA MVP and leading 2019-20 candidate Giannis Antetokounmpo did not last long before he commented on the boredom he was enduring in the absence of basketball.

The Greek Freak posted on Twitter late on Friday: "If this is how my life is going to be after basketball, I'm not retiring for a long time. #25yearCareer" Antetokounmpo tagged his girlfriend Mariah Riddlesprigger, who replied: "You will literally drive me crazy so the longer the better."

Los Angeles Lakers superstar LeBron James was revelling in some family time, however, marking Friday 13 by watching a horror movie. James then filmed his children as they performed a dance for their TikTok accounts, which their famous father promoted on his Instagram story. F1 champion Lewis Hamilton found a different way to spend his time as the start of the new season was delayed, meanwhile.

"Gutted to not be qualifying today," he wrote on Saturday. "I decided to stick around Melbourne and go indoor rock climbing. It's a great way for me to keep focused."

Hamilton may not have been out on the track, but European Tour golfer Matthias Schwab was – virtually. The Austrian shared a clip as he multi-tasked, playing a motorsport videogame while keeping fit on his exercise bike.

Elsewhere, Real Madrid had been due to take to the field on Friday before LaLiga went into lockdown, but Sergio Ramos entertained himself and his family. The Madrid captain uploaded an image to his Instagram story of he and two of his children sporting matching hairstyles.

Ramos added two hashtags, reading, "I stay at home," "We stay at home". Inter's on-loan Manchester United striker Alexis Sanchez was among the other players left to train at home, and he called his dogs in to help.

The Chile international posted a video, set to Cyndi Lauper's Girls Just Want To Have Fun, as he juggled a ball with his dogs in pursuit. 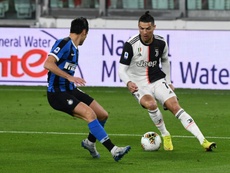 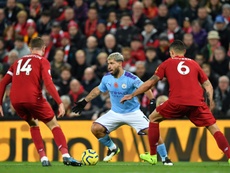 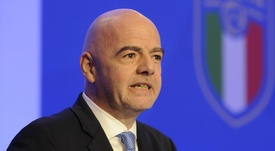