After insisting that they would not go ahead with Saturday's game against Atletico Tucuman, River Plate refused to open El Monumental.

River Plate's Copa Superliga clash with Atletico Tucuman was called off on Saturday after the home side refused to open their stadium.

Despite sporting events across the globe having been cancelled or postponed due to the coronavirus pandemic, domestic football in Argentina has remained largely unaffected.

Friday's fixtures between Gimnasia La Plata and Banfield, and Patronato and San Lorenzo went ahead as planned, with Independiente's home match against Velez Sarsfield also proceeding on Saturday, though it was played behind closed doors.

However, River insisted on Friday that, due to safety concerns over the spread of COVID-19, they would not be fulfilling their fixture against Tucuman, a decision which was backed by Gimnasia coach – and Boca Juniors icon – Diego Maradona.

"If the players make a decision, you've got to stick with that to the death. To the death."

And when Tucuman staff, along with referee German Delfino, arrived at El Monumental on Saturday, they were unable to enter the stadium.

Tucuman's official Twitter account posted images of its staff outside the stadium, while they also shared photos of the squad waiting in the team hotel.

The match was subsequently called off, with a Superliga statement confirming the decision.

The statement read: "In light of River Plate's decision to not open their stadium for the encounter that was due to be played for the first round of the Copa Superliga against Atletico Tucuman, referee German Delfino went to the Monumental facilities alongside the rest of the officiating team and national public notary Marisa Galarza, and noted it was impossible to enter the stadium to carry out their jobs.

"At that time a document was signed notifying the situation and the visiting team was informed there was no need to make their way to the event venue, as the match referee had made note of the general situation.

"The Buenos Aires City Security authorities also advised the Tucuman delegation it was not necessary to go to the stadium, as the facilities were closed."

It is unclear at this stage what consequences River will face, though they could reportedly lose the match as a walkover. 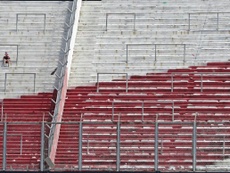 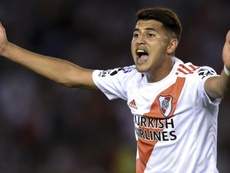 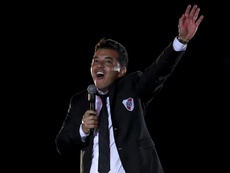 Gallardo to stay on as River Plate coach in 2020 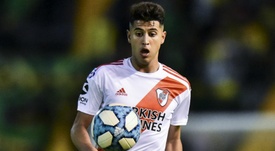