Despite the fact the end of the season seemed to be running smoothly, the growing cases of coronavirus at Spanish clubs have put domestic football in doubt. The Champions League and Europa League could also be affected. First it was Fuenlabrada, then Mariano and now cases at Almeria, Sevilla and Zaragoza.

La Liga returned on 11th June at 10pm CET when Sevilla hosted Betis. Then 11 matchdays in La Liga and Segunda looked to have run smoothly until 20th June.

Deportivo v Fuenlabrada, a game key to deciding the relegation and play-off places in Segunda was suspended due to eight positive cases at the Madrid based club. Two of them stayed in Madrid while the other six went to La Coruna.

The situation was very bad for La Liga and the president Javier Tebas. There were more and more cases up until there were a total of 26 in the squad.

The outbreak started in Madrid and investigations show it was from one of the footballer's mothers. It is being investigated as to whether La Liga were at fault in any way.

La Liga's protocol was questioned. However, the squads went on holiday and those in Europe returned a week later.

The coronavirus tests on their return to training have shown the problem of the pandemic in Spain. First it was Mariano. On Tuesday, the player and Real Madrid confirmed the news after he had been in Catalonia for a few days. Catalonia has been most affected by the pandemic. However, Mariano and his agent say it was a mistake.

Many more cases on Wednesday

Zaragoza and Almeria, who have to take part in the Segunda play-offs, have had to suspend training due to a positive case.

And shortly afterwards, another setback for Spanish and European football. Another case of COVID-19, this time at Sevilla. He was without symptoms and the rest of the squad tested negative. However, this has put clubs on alert.

The UK have advised against all but essential travel to Spain and quarantines has been reintorduced. Man City v Real Madrid will be played at the Etihad for now. It is one week until the European competitions resume, but everything is up in the air. 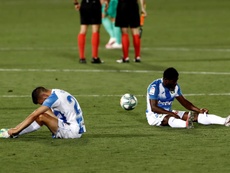 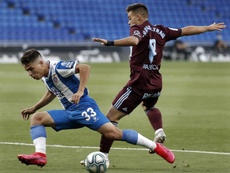 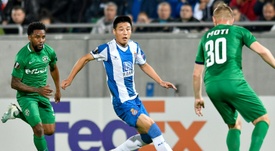