A ghostly atmosphere awaits the biggest game of the Serie A season on Sunday as Juventus and Inter Milan prepare for a title tussle behind closed doors while Italy grapples with the deadly coronavirus outbreak.

Just 500 people will witness Antonio Conte return to Juve, where he won three Serie A titles as a coach and the Champions League as a player.

The loudest noise at a game that would have attracted a raucous sell-out 40,000 crowd at the Allianz Stadium in Turin will be the voices of screaming players as the likes of Cristiano Ronaldo and Romelu Lukaku battle it out for Italy's two best-supported clubs. The coronavirus has now killed 148 people in Italy, the highest number of deaths in any European country.

Serie A on Friday listed a host of new rules that clubs must abide by, including the installation of scanners to check the temperature of the restricted number of authorised people entering the stadium. Journalists at games will have to keep at least two metres apart, while on Sunday there will be no mixed zone or press conferences before or after the match.

The Juventus v Inter match, known in Italy as the Derby d'Italia for its historic importance, was supposed to be played last weekend but was postponed as COVID-19 caused havoc across the country. That decision sparked a row between Serie A and Inter, who were livid at what they saw as completely random scheduling decisions -- leading to Inter's Chinese chairman Steven Zhang calling the league's president Paolo Dal Pino a "clown".

Zhang's outburst irritated the other clubs, who were fed up of Inter criticising any decision the league made in a chaotic situation, with Napoli among those praising Dal Pino's work.

"First Inter demanded to play behind closed doors, then with fans, and then they wanted to play their match with Sampdoria (postponed the previous week) before Juventus," said Roma CEO Guido Fienga. "What we all want is to protect people's health but also ensure the season progresses."

The league had put the game at Turin's Allianz Stadium back over concerns of broadcasting a marquee match -- originally set to be played at the same time as La Liga's El Clasico -- against the backdrop of an empty stadium, hoping that virus-related restrictions would be lifted. However Wednesday's government decree which forced all sporting events in Italy behind closed doors until at least April 3 meant that the matches had to be played with no fans or risk the season not finishing.

The clash is one of six postponed matches being played this weekend as Serie A tries to put some order to a schedule that has been thrown into chaos by the spread of the virus. After this weekend Inter will still have to play Sampdoria at San Siro in order to recover their fixtures and that game is yet to be assigned a date due to the difficulty of finding a space in Inter's schedule.

They still have the second leg of their Italian Cup semi-final against Napoli to play after both last four clashes were postponed this week and are one of the favourites for the Europa League, leaving them potentially with another eight fixtures to fulfil on top of the 14 league matches they have left to play between now and May 24. All this confusion has left Inter's title challenge in limbo. They are eight points behind leaders Lazio, who up to now have been unaffected by the calendar changes and so are not in action this weekend, and six points behind Juventus.

Maurizio Sarri's Juve side will be at a disadvantage without their home fans at a ground that has been a fortress in an otherwise underwhelming season, with 11 wins and one draw from 12 matches in Turin. They have looked far from convincing in recent weeks, with defeats at Napoli and Hellas Verona and poor displays in beating relegation fodder Brescia and SPAL.

However Inter last won away at Juve in 2012, their only win at the Allianz Stadium since their rivals moved there in 2011, and the eerie atmosphere is likely to leave fans with an underwhelming spectacle.

"There's a risk that the minds of the players automatically switch into training ground mode," sports psychologist Alberto Cei told the Gazzetta Dello Sport. "I'd forget about home and away and look more towards which players think autonomously, (and which) aren't affected by the surrounding environment." 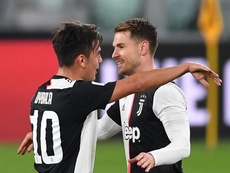 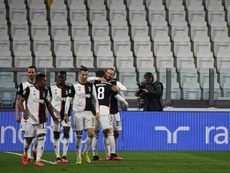 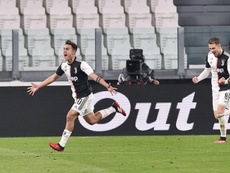 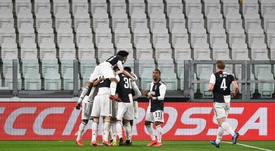