Gabigol scored to earn Flamengo a 1-1 draw away to Brazilian rivals Internacional and a 3-1 aggregate victory.

Flamengo and Boca Juniors reached the Copa Libertadores semi-finals as Internacional and LDU Quito bowed out on Wednesday.

Gabriel 'Gabigol' Barbosa scored to earn Flamengo a 1-1 draw away to Brazilian rivals Internacional and a 3-1 victory on aggregate.

Internacional gave themselves hope just past the hour-mark when Rodrigo Lindoso glanced a header beyond Flamengo goalkeeper Diego Alves.

Gabigol – tipped to make his loan deal from Serie A giants Inter permanent – extinguished Internacional's chances with five minutes remaining after side-footing into an empty net, having received a simple pass from first-leg hero Bruno Henrique.

Flamengo, who claimed their one and only Libertadores title in 1981, will meet Gremio in the final four as they return to the semis for the first time in 35 years.

There were no goals scored in Buenos Aires but Boca still progressed 3-0 on aggregate after their comprehensive victory last week. 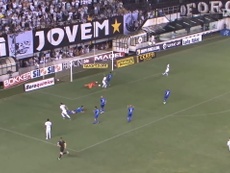 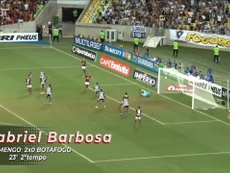 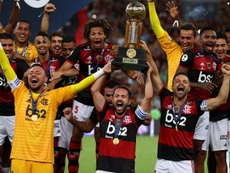 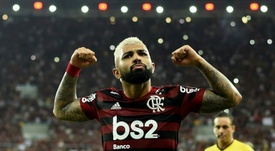