Cruzeiro made it five wins from five games in Group B as Atletico Mineiro failed to progress.

Five games, five wins and five clean sheets. Cruzeiro preserved their 100 per cent record in the Copa Libertadores after accounting for Deportivo Lara, while Atletico Mineiro crashed out.

Already assured of a place in the last 16, Cruzeiro continued their flawless Group B campaign with a 2-0 victory at Venezuelan hosts Deportivo Lara on Tuesday.

Fred – who scored a hat-trick against Huracan on matchday four – opened the scoring in the 31st minute after creating space and firing the ball into the top corner of the net.

Sassa came off the bench and sealed the victory thanks to his 78th-minute penalty away from home.

All he does is score! Fred picked out the top corner to give @Cruzeiro a 1-0 lead.#CONMEBOLLibertadores pic.twitter.com/0CloTEuO8y

Cruzeiro are nine points clear atop the group, with Emelec second following their 2-1 win at lowly Huracan.

Brazilian side Mineiro – the 2013 champions – were eliminated from the last-16 race after losing 1-0 to second-placed Nacional, who sealed their qualification in the process.

Felipe Carballo's 87th-minute goal left Mineiro nine points off the pace and out of the running in Group E with one match remaining.

Olimpia reached the knockout phase thanks to their thrilling 3-3 draw away to Universidad Concepcion in Group C.

Paraguayan visitors Olimpia overturned a two-goal deficit and twice came from behind to earn a point, despite Alejandro Silva's red card in the 82nd minute.

Godoy Cruz are second and three points behind following their 2-0 win at home to Sporting Cristal.

Gremio boosted their hopes of reaching the round of 16 after claiming a 2-0 victory over Libertad in Group H.

Everton's brace helped Gremio up to second after five games, five points behind Libertad and one point ahead of Universidad Catolica, who face Rosario Central on Wednesday. 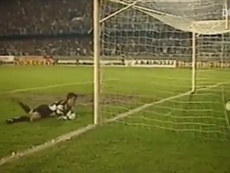 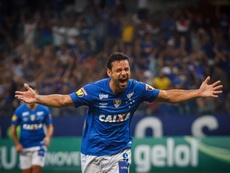 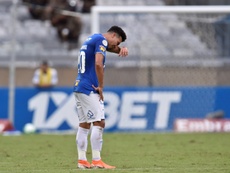 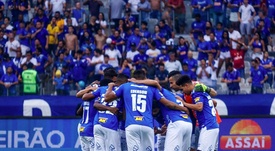