BeSoccer 2 months ago 1.1k
Antonio Conte wants to lead a team from the start of the season. AFP
Antonio Conte remains jobless after his surprising departure from Inter Milan, right after winning Serie A. It looks like he is going to have a year off, because he doesn't want to coach a team in the middle of a crisis with the season already started. He wants to have his own project.

Conte's departure from Inter was both surprising and traumatic. The Italian made a winning team that ended up lifting the Serie A trophy at the end of the season. He is now considered for many as an option to replace Koeman or Arteta however, Conte won't manage until next season.

This is why 'Sky Sport' reports that the Italian manager doesn't consider signing with any team until the season is finished.

The same site also mentions that he would love to manage Manchester United next season. 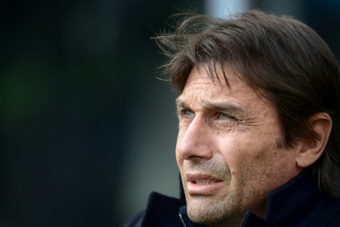 Conte could be Newcastle's manager