Inter boss Antonio Conte is not concerned about Lautaro Martinez's head being turned after the striker was lauded by Barcelona star Lionel Messi.

Martinez has been strongly linked with a move to Camp Nou as a long-term replacement for Luis Suarez and was this week hailed as "spectacular" by compatriot Messi. The 22-year-old reportedly has a €111m release clause in his contract and has also been touted as a possible target for Manchester United, Manchester City and Real Madrid. Despite the growing interest in Martinez, however, Conte is confident the Argentina international is only focused on helping Inter.

"The boy is fully concentrated," Conte said at a news conference on Saturday. "He is doing well and must continue in this way.

"He has grown a lot over the last year and is only 22. He is committed and I am happy to have him available."

Inter recovered from back-to-back defeats in the league and cup with a 2-0 win over Ludogorets in the first leg of their Europa League last-32 tie on Thursday. Conte's men face a quick turnaround for Sunday's visit of Sampdoria in Serie A and the head coach is anticipating a difficult test against the relegation battlers.

"Playing on a Thursday makes things difficult as you only have one day to prepare for the next game," he said. "It is something we will get used to over time. Sampdoria are in good shape, despite losing last week. We will have to be very focused to get the three points. They have a highly experienced coach in Claudio Ranieri and experienced players like Fabio Quagliarella, who amazes me every year."

Conte will wait until Sunday before making a decision on whether to start Marcelo Brozovic, who has been struggling with a knock but took part in training on Saturday. Brozovic's return could see Christian Eriksen used in an advanced midfield position behind Martinez and Romelu Lukaku, with Conte happy to try out different formations.

"It depends on the game and the opponent. You can try different things but don't forget you have to field a balanced team," he said. "We will see if this is the right time to do it." 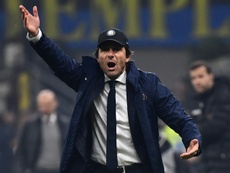 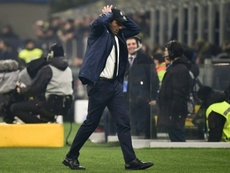 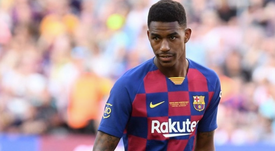