Antonio Conte is in the firing line with another Champions League failure looming as his Inter Milan side head to Borussia Moenchengladbach on Tuesday with their hopes of reaching the knock-out stage hanging by a thread.

The three-time European champions are bottom of Group B with just two points from four games, six points behind leaders Gladbach.

Real Madrid -- the record 13-time winners -- are one point behind the Germans in second place and three clear of Ukrainian side Shakhtar Donetsk with two matches to play.

An Italian team has not won a European trophy since Inter secured the Champions League to complete a treble under Jose Mourinho in 2010.

And Inter need a miracle to avoid a third consecutive exit in the group stage.

Against Gladbach, the 1977 European Cup runners-up, there will be no room for error.

The teams settled for a 2-2 draw at the San Siro last month, with Romelu Lukaku scoring both goals for the hosts.

Inter need to win and then beat Shakhtar, while also hoping other results go their way.

For former Juventus and Chelsea manager Conte, who took over at Inter in 2019, his European record has been consistently disappointing.

Conte tasted European glory as a player with Juventus, in the 1995/96 Champions League.

But the 51-year-old's best result as a coach was leading Juventus to the 2012/13 quarter-finals.

He took Chelsea to the last 16 in 2017-2018, but this threatens to be his fourth failure to make it into the knock-out rounds.

An exit from the lucrative tournament would prove costly for Inter, who this week revealed losses of 102.4 million euros ($122.4m) for 2019/2020, largely blamed on the coronavirus pandemic.

Club president Steven Zhang nevertheless hailed Conte as "a true leader" who would restore the Chinese-owned side to their former glories.

"Last season's goal was to start creating a winning mentality, then try to reduce the gap with our competitors," said Zhang.

Last season, Conte took Inter to a second-place finish in Serie A, just one point behind Juventus, and to the Europa League final where they lost to Sevilla.

He had looked set to leave after just one season following a furious outburst following their defeat by Sevilla, complaining both he and the players received "little protection from the club".

"I don't want another year like that," fumed Conte before confirming he would stay after clear-the-air talks.

A divorce would have proved costly with his contract running until 2022 and worth a reported 12 million euros ($14 million) a season.

This season Inter have frequently had to come from behind, battling back from two goals down to equalise before Real Madrid snatched a 3-2 victory in Spain.

They also came from two goals down to beat Torino 4-2 a week ago, but convincingly won 3-0 against Sassuolo on Saturday to move second in Serie A.

But Conte admitted his side had been outplayed by Real Madrid in the 2-0 defeat last time out in Europe, not just because of Arturo Vidal's first-half sending off for arguing with the referee.

"Responsibility needs to be shared and we need to be united, for better or for worse," said Conte.

"In positive and negative moments, we all need to take credit and responsibility. We're all in the same boat and we're all rowing in the same direction."

Against Gladbach, Conte will be counting on the attacking duo of Lukaku and Lautaro Martinez, who have scored 10 of Inter's 14 Champions League goals in the past two seasons.

Alexis Sanchez also scored against Sassuolo, finding the net in two consecutive league fixtures for the first time since December 2017 when he was at Arsenal.

But former Tottenham midfielder Christian Eriksen has been increasingly sidelined, looking set to leave after just a year in January.

"It'll be difficult since they're a tough opponent, as we saw at San Siro," said Inter full-back Matteo Darmian.

"But we'll keep trying until our exit is mathematically confirmed." 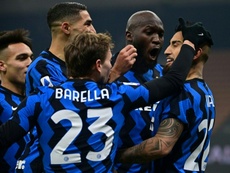 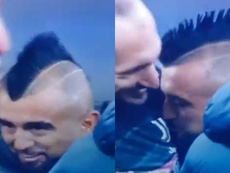 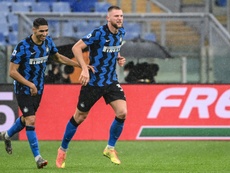 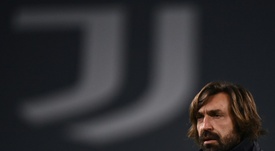