Coach-less South Africa stretched an unbeaten record to 14 matches on Tuesday by drawing 1-1 away to Mozambique in an international friendly.

Clesio Bauque gave the Mambas a first-half lead in Maputo that was cancelled by Bafana Bafana substitute Bradley Grobler early in the second half.

Mozambique captain Elias Pelembe and South Africa defender Clayton Daniels were foiled by the woodwork in the closing stages of a fast-paced match.

Jordaan had been critical of the coach recently when South Africa failed to reach the 2017 Africa Cup of Nations in Gabon.

Mashaba will face a disciplinary hearing and some in the South African media speculated that he could be fired this week with former Dutch star Ruud Krol a possible replacement.

He gave a first cap to Netherlands-born striker Lars Weldwijk, who was replaced at half-time after coming close to scoring with a header.

His lone-attacker role went to Grobler, who levelled on 56 minutes with a close-range shot after the Mozambique goalkeeper was caught out of position.

A blunder by South Africa goalkeeper Ronwen Williams gifted Mozambique a 25th-minute lead with Greece-based Bauque scoring off a rebound after Pelembe hit the post.

The longest unbeaten streak by South Africa is 15 matches between 1994 and 1996, with the run ended by Krol-coached Egypt.

Kenya are another team in good form, extending an unbeaten run to eight matches by controversially defeating Liberia 1-0 in Nairobi.

Turkey-based winger Paul Were appeared to be offside when scoring the 52nd-minute winner for the Harambee Stars.

Kenya also beat Congo Brazzaville, the Democratic Republic of Congo and Mozambique during the revival and drew with Zambia, Tanzania, Sudan and Uganda.

A brace from Khalid Boutaib earned Morocco a 2-1 comeback win over Togo in a dress-rehearsal for a Cup of Nations group game next January.

Floyd Ayite gave Claude le Roy-coached Togo an early lead that Boutaib cancelled out in the first half before grabbing the 58th-minute winner in Marrakech.

Comoros held 2017 Cup of Nations hosts Gabon 1-1 in neutral Tunis with Djamal Bakar scoring for the island nation in the first half and Mario Lemina of Juventus equalising in the second half.

Tunisia, who are strong contenders for a place at the 2018 World Cup in Russia, were surprisingly held 0-0 in Gabes by Mauritania. 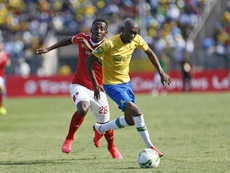 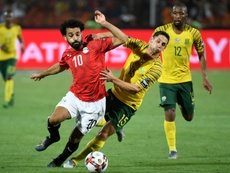 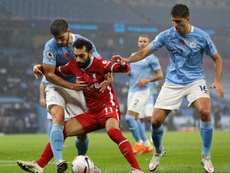 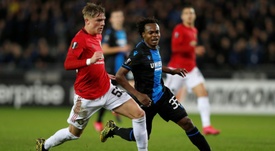