BeSoccer 6 months ago 741
The Club World Cup was a good test of Qatar for the 2022 World Cup. BeSoccer
In the middle of the Corona pandemic, the Club World Cup will be held in Qatar. It is a test run for the FIFA World Cup. Based on the current coverage, local fans were probably allowed into the stadium in an orderly fashion to watch the games. FC Bayern was among them.

FC Bayern was among them. Check out this list of the best soccer sportsbooks on gamblingguy.com.

Did it make sense to hold the Club World Cup?

No question, not only the fans feel that professional soccer has become accustomed to Corona time and can live with the strict hygiene concept. On Football Today, fans have the opportunity to continue watching the individual matches and get some distraction in the dreary Corona time. After the initial criticism and doubt of the implementation of the Bundesliga, the professional sport was able to establish itself permanently. Apparently, it has succeeded in carrying out the games in the empty arenas under tough hygiene measures. The majority of fans would rather follow their soccer team in an empty stadium in front of the screen than miss the season completely. But what about the big highlights and tournaments for the clubs and for the national team? Does it make sense to hold them at all and can the highest level of security be guaranteed? The organizers had to face these questions.

The Club World Cup was held in Qatar from February 4 to 11, 2021. Despite the coronavirus, teams from South Korea, Brazil, Egypt, Mexico and Germany met. Exceptions confirm the rule, for example Brooklyn City FC from New Zealand was not allowed to travel, because the game violates the current Corona measures there. The team of the first FC Bayern Munich was the European winner or winner of the European Champions League. This meant that the club was eligible to participate in the Club World Cup.

Corona numbers in Qatar have also risen since the beginning of the year. Based on Johns Hopkins University in Baltimore, the incidence on Feb. 3, 2021, was 86. The Robert Koch Institute goes so far as to declare Qatar a risk area. Accordingly, the German Foreign Office also warns against travel to Qatar. Despite these conditions, the Bavarians had taken the strain on themselves and traveled to the country. Criticism was loud, nevertheless the FC Bavaria a DFB cup play due to the high load successfully shifted left.

There were probably no comparable problems at the Club World Cup. The goal of the team was to make history. So the board boss Karl-Heinz Rummenigge thanked the president Gianni Infantino. The board is pleased that it is also possible in Corona time to play for the titles. On Friday, it was then the pre scheduled game to Hertha BSC. The Bayern players traveled to Doha on Qatar's state-owned airline.

What really happens in the soccer bubble?

Qatar actually has quite strict entry requirements, so hardly any people are allowed into the country. Even foreign fans were not allowed in. This was confirmed by an inquiry from FIFA by Sportschau. The capacity of the stadiums was 30%. Those who wanted to enter the stadium at all had to fulfill certain requirements, such as observing the distance rules and putting on the mask. In addition, the temperature was measured outside the stadium. The use of the Qatari corona app Ehteraz was supposed to provide even more security.

According to FIFA, the teams are in their own bubbles and are tested 48 hours before each match as well as before the return flight. It would be interesting to know what happens inside that bubble. In the final, the South American club Palmeiras defeated Santos FC 1 to 0. Afterwards, there was a boisterous celebration without any distance to teammates and fans.

Nagelsmann out with Covid-19, but Bayern hope for a home full house »
Related articles 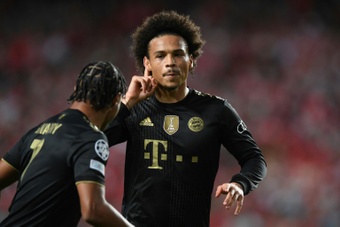 Nagelsmann out with Covid-19, but Bayern hope for a home full house Nagelsmann out at the last minute as feeling unwell 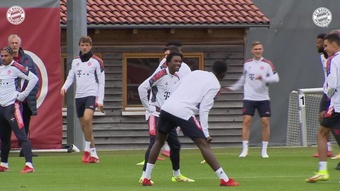 Lucas Hernandez chooses prison so he can keep training with Bayern