Manchester City will look to secure top spot in Group F as the Champions League group stage ends on Wednesday, with Manchester United and Juventus also jostling for position in Group H.

Most of the placings in Groups E through to H have already been decided but Lyon are among the teams scrambling to finish in the top two, while Europa League spots are also on the line.

United boss Jose Mourinho has already confirmed Paul Pogba will face Valencia after a spell where the midfielder has been in and out of the team, the France star having been influential in their Champions League campaign.

Here, we assess all eight games on Wednesday's schedule with the use of Opta numbers as the group stage is wrapped up ahead of Christmas.

33 - Madrid have failed to score in only one of their last 33 Champions League matches - but that was when they lost 1-0 to CSKA this season.

17 - Plzen have only ever kept one clean sheet in their 17 Champions League matches – this coming in a 1-0 away win over BATE in November 2011.

15 - Edin Dzeko has scored 15 Champions League goals for Roma; just two off Francesco Totti's club record (17). The Bosnian has five goals in four outings in the competition this season.

31 - Arjen Robben (31 goals) is now the outright second top scoring Dutch player in Champions League history behind Ruud van Nistelrooy (56), having moved ahead of Roy Makaay and Patrick Kluivert (both 29).

8 - AEK have failed to score in eight of their 11 away matches in European competition since the start of 2016-17.

4 - Since the beginning of last season, Benfica have won just four points from a possible 33 in the Champions League group stage (W1 D1 L9).

4 - Riyad Mahrez has assisted more goals (four) than any other player in the Champions League this season, setting up a team-mate once every 75 minutes.

42 - There have already been 42 goals scored in this group so far; the most for any group in Champions League history is 51, set by Group F, comprising Borussia Dortmund, Madrid, Legia Warsaw and Sporting CP, in 2016-17.

13 - Brazilian players have had 13 goal involvements in Shakhtar's seven Champions League goals so far this season (seven goals, six assists); more than any other team in the competition this season.

3 - Houssem Aouar and Memphis Depay have assisted three goals in the Champions League this season. The last Lyon player to assist four or more goals during the group stages was Juninho Pernambucano in 2006-07 (five).

60 -  Pogba has been directly involved in 60 per cent (three out of five) of United's away goals in the Champions League this season (two goals and one assist).

6 - Valencia have failed to score in six of their last eight games in the Champions League, including last time out against Juventus (1-0).

46 - Juve head coach Massimiliano Allegri has seen his side return a clean sheet in 46 per cent of his Champions League games (37/81) – only Diego Simeone (54 per cent) and Fabio Capello (48 per cent) have a better rate among managers with over 50 games in the competition.

2 - Young Boys have the worst shot conversion rate of any side in the Champions League this season (3.1) – just two of their 64 shots have resulted in goals. 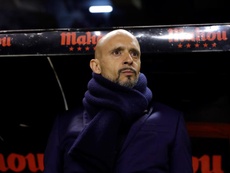 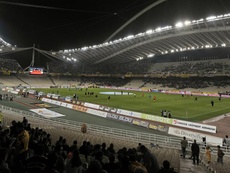 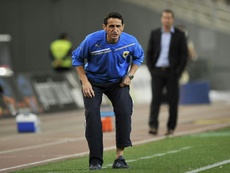 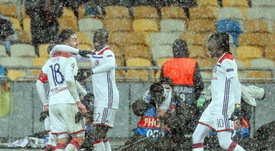