Nearly 14,000 people have died in Italy since the pandemic struck, more than any other country, and the region where the AC Milan legend is from has been hit hardest.

"I'm from Bergamo, one of the places in a very difficult situation now. My family are from there, it's very, very tough," the 56-year-old former Italy international, now coach of Shenzhen FC, told AFP by telephone from southern China.

"Every day I spoke with my mum, my brother, my sister. It's possible for me to see my family on Facetime or Skype or WeChat, but it's different," said Donadoni.

"When you are close to your family, it's one thing, but when you are 10,000 kilometres away, it's a different question."

Donadoni, a three-time European club champion during a highly successful playing career spent mostly with AC Milan, has not lost any immediate family to the coronavirus.

However, he said his ex-wife's father died of it and he is deeply concerned for friends and family back home.

In contrast, China, where the outbreak emerged late last year before spreading worldwide, is slowly returning to normal, although the football season has been indefinitely delayed.

Donadoni wants to reunite with his wife, Cristina, and six-year-old daughter, who are staying in the mountains outside Milan.

However, this has been complicated by temporary restrictions introduced by China last weekend that have barred foreigners from entering the country in an effort to stop a wave of imported coronavirus infections.

Like many others in the sports world, Donadoni, who coached Italy in 2006-2008, is doing his bit to help.

He bought 15,000 masks and is also looking to provide gloves and protective body suits for medical workers in Italy. He also plans to send ventilators.

But he is exasperated that the masks sat for more than 10 days in Italy waiting to reach those who desperately need them.

"This is unbelievable, this is not possible. This is crazy because in this time people probably lost their lives," he said.

"It's very important the (Italian) politicians try to help me and everyone else that wants to help."

There is much debate in Europe, including in Italy, about what should happen to football seasons which were approaching their climax when the disease forced them to be suspended.

Asked what the likes of Serie A should do, Donadoni, a key member of the Italy team beaten by Brazil in the 1994 World Cup final, said: "Now the first thing is your health, it's important now to beat this virus.

"After we beat it, it's possible to speak again about football and sport."

Yet Donadoni also has a job to do in China getting Shenzhen primed for the new season when it finally begins.

The Italian took over at Shenzhen in July when they were deep in relegation trouble and he was unable to keep them in the Chinese Super League (CSL).

The pressure is on for him to steer the club back into the top division at the first attempt.

His squad are all healthy and in good spirits, Donadoni said, but preparing for a campaign that has no start date is challenging.

"Everyone was expecting the season would start at the end of February, but now we don't know exactly when it will begin. Maybe May, maybe June," he said.

"This is the biggest problem for me and everybody because when you know the exact start date, you put your focus on this day."

But Donadoni's final thoughts are of home -- and a message of hope.

"I'm very proud of my people, my country, my town," he said.

"Bergamo and (nearby) Brescia are the two towns in a very difficult situation now.

"But the spirit, the character, the power of these people is unbelievable." 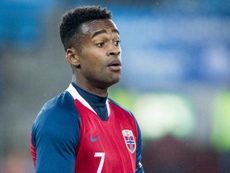 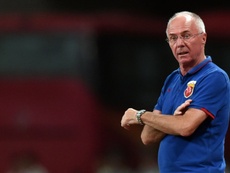 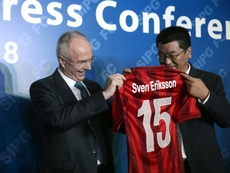 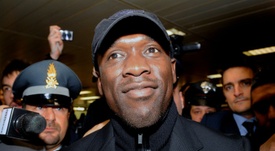