Sunil Chhetri overtook Lionel Messi in international goals as cricket-mad India stunned Thailand 4-1 at the Asian Cup football tournament on Sunday, the veteran striker scoring twice in their Group A opener to surpass the Barcelona superstar.

Watched by the 12 Thai schoolboys rescued from a flooded jungle cave last year after being trapped for more than two weeks, the 'War Elephants' had little answer to India's brimming energy in Abu Dhabi.

Chhetri moved past Argentine Messi's 65 international goals when he opened the scoring from the penalty spot after 27 minutes in a surprise rout. Only Cristiano Ronaldo (85) tops the Indian among active players.

"I'm just happy for the boys -- you could see on the faces how jubilant they were after the game," said 34-year-old Chhetri.

"The India fans were amazing so we hope we can go on and give them something more to cheer about."

But Chhetri came to the rescue by drilling home his second of the game moments into the second half following a lung-bursting run down the right from Udanta Singh.

Things got worse for Thailand when Anirudh Thapa chipped in a third in the 68th minute before substitute Lalpekhlua Jeje completed the rout to leave India as unlikely group leaders.

"Did I expect to win 4-1? No, but we're not getting carried away," insisted India coach Stephen Constantine.

"It's just another game. There will be no issue with keeping the boys' feet on the ground, don't worry about that."

The Englishman, formerly in charge of Malawi, Sudan and Rwanda, has clashed with senior players and sparked dismay in India by stripping Chhetri of the captaincy.

"There's no controversy about rotating captains!" he snapped when quizzed by Indian media.

"I've done it for four years. Chhetri gives everything every game he plays whether he's captain or not."

India finished runners-up on their Asian Cup debut in 1964 when it was a four-team competition won by Israel.

But they had lost six of their last seven games at the regional tournament, conceding 20 goals, before qualifying for the fourth time and first since 2011.

"If I say it's just another result would that be a cliche?" said Constantine.

"We've won one game, got three points. We have two more games, that's it."

Thailand, appearing for the since co-hosting the tournament in 2007, have now won just one of 21 games at the Asian Cup.

Thailand coach Milovan Rajevac made no excuses for this side's humiliating defeat.

"India totally deserved to win," said the Serb. "We didn't underestimate them. They were aggressive and fought for everything. But it's just one game. We have two more left so we have to learn from our mistakes and go again." 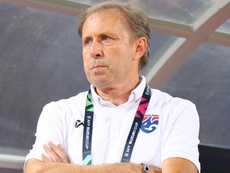 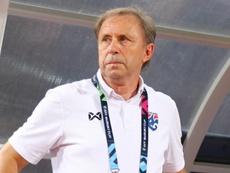 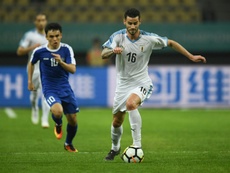 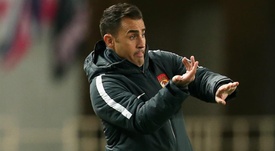