We take a look ahead to Sunday's Premier League clash as Claudio Ranieri returns to Stamford Bridge as Chelsea host Fulham.

Chelsea: Eden Hazard should be available after an ankle injury, with head coach Maurizio Sarri set to rotate his squad again after making 10 changes for the midweek Europa League win.

Olivier Giroud is a doubt after picking up an ankle problem midweek in the Europa League.

Fulham: Claudio Ranieri has no new reported injuries for the trip to Stamford Bridge.

"Usually he has a team very dangerous at counter-attacks, like in Leicester, but not only in Leicester.’

Fulham boss Claudio Ranieri on returning to the Bridge:

"Whenever I play my former teams, it's always special.

"When you play against Chelsea, you have to be very attentive, but we're working hard and I'm confident it'll be a very good derby."

This is the first meeting between the two London neighbours for almost five years.

Chelsea's next home goal will be their 1,000th at Stamford Bridge in the Premier League.

Fulham have lost all three of their London derbies in the Premier League this season, with an aggregate score of 10-2. 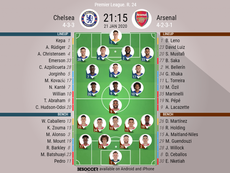 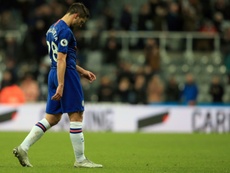 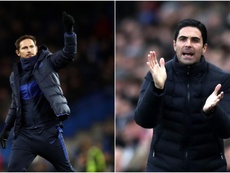 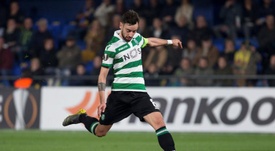