Goals from Michy Batshuayi and Fikayo Tomori sent Chelsea into the last 16 of the FA Cup after a 1-2 victory over Hull City at the KC Stadium. Kamil Grosicki gave Hull late hope, but Frank Lampard's men saw the game out.

Chelsea went through to the last 16 after a fairly comfortable victory over Hull City in the FA Cup. Once Batshuayi gave Chelsea the lead in the sixth minute after his shot was deflected into the net, Lampard's men were dominant and very comfortable. The Championship came out to attack in the second half, but despite that, there was a little goalmouth threat until Grosicki came on just before the hour mark.

Tomori looked to have sealed the game in the 64th minute with a header from a free-kick, but Grosicki then pulled one back 12 minutes from time after a deflection off Kovacic from a free-kick. The Pole was Hull's best player by far and despite late pressure from the home side, Chelsea managed to hold on to progress.

Hull started the game positively with a couple of early corners, but their early momentum was soon broken. Azpilicueta got on the end of a long ball, he crossed to Mount and his shot was blocked by Burke before Batshuayi's strike was deflected into the goal. It was a huge blow for the Tigers and Chelsea had various opportunties to increase their lead. Batshuayi hit the side netting in the 14th minute before Barkley was denied by goalkeeper Long two minutes later.

Chelsea were cruising, but they did not seem eager to look for a second. Mount saw an effort saved before Hull had a rare opportnity through Bowen, but he scuffed his effort. The same thing happened to Eaves just before the break when he did all the hard work because hitting a very tame strike at Caballero in the Chelsea goal.

The visitors had the perfect opportunity to make it 0-2 right on half-time when Alonso sent in a cross for Azpilicueta who controlled with his chest before attempting to beat Long at his near post. George Long made a fabulous save though. After the interval, Hull came out more attacking.

Hull got a few corners and Kane and Bowen had shots off target in the opening quarter hour. However, in the 64th minute, Tomori doubled Chelsea's lead when he headed Barkley's free-kick home at the back post from six yards. Pedro and Batshuayi could have easily made it three on a few occasions, but 12 minutes from time, Grosicki set up a grandstand finish.

Alonso fouled Magennis on the edge of the box and from the set piece, Grosicki's free-kick took a huge deflection off Kovacic who was taking evasive action in the wall and Caballero was left for dead. The game then opened up as Pedro forced a save out of Long and then a Hull defender prevented a Marcos Alonso effort from going on target. But at the other end, Grosicki nearly levelled after Chelsea lost the ball. However, his shot went wide of the post and that was the best chance they would get.

Burke was unable to direct a header goalwards seconds later before there were half-hearted claims for a handball by Zouma in the last play of the game, but Chelsea managed to hold on to qualify for the last 16. Had Hull scored 10 minutes earlier, there could have been a different result. That said, Chelsea were dominant for the large majority for the encounter and fully deserved to win. 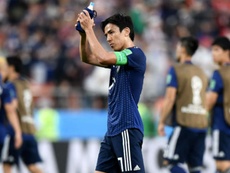 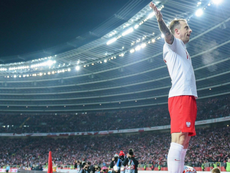 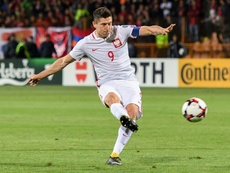 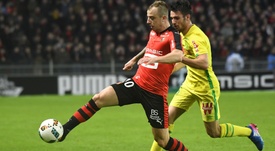 Chelsea v Man Utd: Why does Lampard get an easier ride than Solskjaer?