Everyone likes to drop a bit of a wager on the occasional footie game so I'm sure many are also well acquainted with online slots games.

Recently casino slots, or 'pokies' as they call them in New Zealand, have moved online and are becoming very popular.

The great thing about online slots is that they come in all different forms and features, with seemingly no end to the creative and exciting new games. No matter what your favorite hobby, sport or music is, you'll find an online slots game for that.

Let's have a look at some of the best soccer-themed online slots games:

Football:Champions Cup from NetEnt is a five-reel, 20-payline online slots game that mirrors the progression of a real Champions Cup tournament as you play.

Inspired by the 2016 European Championships, the game offers several themed-bonuses like the Penalty Shootout that features five-rounds of spins to emulate the five kicks of penalties. Several multipliers of up to 16x become available as goals and bonuses are unlocked.

Inspired by the World Cup, Microgamings Football Star plays into the celebrity status of famous footballers. As you spin and win you will reveal new pieces of the celebrity footballer lifestyle.

The game features loads of impressive rewards and bonuses and enticing graphics all bundled into a football-themed package.

Ash Gaming provides this fun, retro Soccer-themed online slots games that has been a world-favorite for many years.

Sensible Soccer still features the same smooth gameplay and fun old-school graphics. The simplicity will appeal to players who used to play real-life casino slots before getting into online slots.

This offer from Genesis Gaming was released ahead of Euro 2016 and features 5 reels with 25 paylines. Players can win up to 20 free spins with the Playmaker Free Spin feature and gain extra bonuses with scatter symbols, multipliers, and wilds.

With graphics depicting UEFA players, in Euro Golden Cup you'll find your favorite team's jerseys and can progress through the game by scoring goals and winning trophies.

Massive online gaming company Viaden has included a football slots game into its range of sports-themed offers. This modern slots game features high-intensity graphics that will appeal to sports fans and other gamers alike.

The 5-reel 3-row Football Cup slots game has 25 active paylines that can be influenced by player choice to improve chances. After each win, you will get a 'gamble' option to multiply your payout by guessing where the striker will score.

This is a nice little distraction from Playtech for those that need some light entertainment when their team is losing! Benchwarmer Football Girls features - you guessed it - some skimpily dressed girls as its graphical theme.

The 5-reel 3-row game has 30 adjustable paylines with a wide variety of betting options and reward-winning opportunities. Wilds, scatters, bonuses and several other features will keep you entertained if the stunning graphics don't do a good enough job alone. 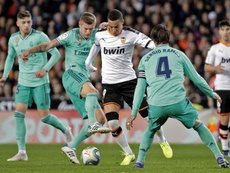 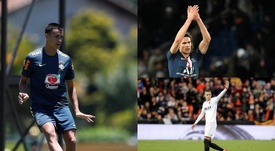