Stricken by grief but united in tragedy, there was cause to celebrate for Brazilian side Chapecoense as they made their Copa Libertadores debut and won 2-1.

Chapecoense's world was turned upside down when a plane carrying the Brazilian squad, technical commission and a number of journalists for the first leg of the Copa Sudamericana final against Atletico Nacional crashed en route to Medellin two days before the match was due to take place, killing 71 people on board in November.

Of the travelling squad, only three survived, with Neto and Alan Ruschel included in the club's 30-man list for the Libertadores after Chapecoense qualified for South America's premier club competition having been awarded the Sudamericana title without facing Nacional in homage to the victims.

Neto and Ruschel did not feature but the pair watched on as Chapecoense made the trip to Venezuela and defeated Zulia in Group Seven action.

Reinaldo opened the scoring just past the half-hour mark and Luiz Antonio doubled the lead with 21 minutes remaining for the visitors.

Juan Arango pulled a goal back nine minutes later but Chapecoense were not to be denied an historic and emotional victory at Estadio Jose Encarnacion Pachencho Romero. 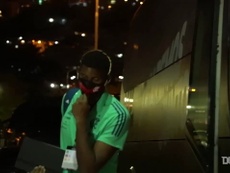 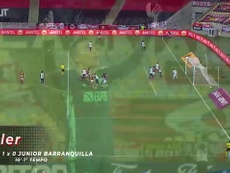 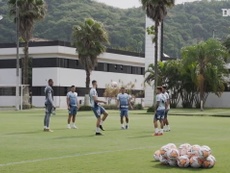 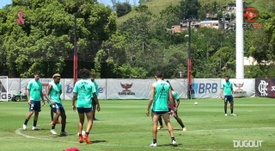 VIDEO: Colo-Colo prepare for their Libertadores fixture against Wilstermann