Fulham, Hull City and Derby County also won on Wednesday, while Huddersfield Town and Middlesbrough played out a goalless draw.

TENSE AFFAIR AT ASHTON GATE GOES TO THE WIRE

Diedhiou was then shown a straight red card for violent conduct with just four minutes of normal time remaining after he appeared to kick Charlton's Jason Pearce.

The incident sparked a brawl and tensions remained high throughout a lengthy period of injury time.

Brownhill then proved the hero, taking two touches to control a Kasey Palmer cross before scoring with an excellent finish to send the Ashton Gate crowd wild.

Fulham moved up to seventh as Aleksandar Mitrovic's hat-trick inspired a 3-2 win over Luton Town at Craven Cottage.

Scott Parker's men led 2-0 and 3-1 thanks to the Championship's top-scorer, who has now scored 11 times in 13 league matches this season.

"We know how good a player Mitro is - his hat-trick tonight summed that up, really," Parker told Sky Sports.

The hat-trick was Mitrovic's first in English football since arriving from Anderlecht in 2015 with Newcastle United.

Josh Magennis scored and was sent off as Hull City won 2-1 at Nottingham Forest, a result that saw Sabri Lamouchi's side drop to eighth.

Magennis and Jarrod Bowen netted before Matty Cash pulled one back for Forest, who could have moved second with victory.

Northern Ireland international Magennis was given a straight red card with 22 minutes remaining for a reckless challenge on Forest's Ben Watson but Grant McCann's side held on for all three points.

Meanwhile, Middlesbrough remain just one point above the relegation zone after they were held by Huddersfield, who are one place below them in 22nd. 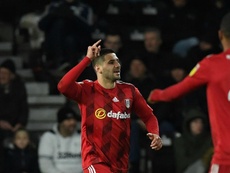 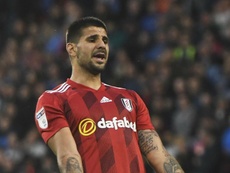 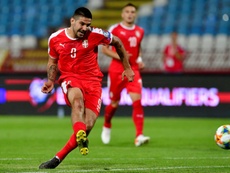 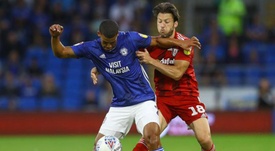 Leicester could put a bid in for Mitrovic