Celtic were crowned champions for a ninth consecutive season on Monday as the Scottish top-flight was called to a premature end due to the coronavirus crisis.

The run matches the all-time record in Scottish football with both sides of the Glasgow divide having previously won nine in a row.

AFP Sport looks at how theÂ current Celtic side match up to the club's European Cup-winning vintage of the sixties and seventies and Rangers' all-conquering side of the nineties.

Celtic had gone 12 years without winning a league title prior to the arrival of legendary manager Jock Stein in 1965.

Stein's time in charge is best remembered for leading the Hoops to becoming the first British side to win the European Cup in 1967, but the foundations for the 'Lisbon Lions' were built on getting back on top in Scotland.Â

"The manager's arrival was a big thing. He turned us into a good team and it just went from there," Bobby Lennox, one of just three players to win all nine championships between 1965 and 1974, told Celtic's website.

Stein's Celtic dominated domestically with an entirely homegrown team at time when a host of Scottish sides were challenging for European honours.

The 1966/67 season was the standout, as on top of the European Cup, Celtic completed a clean sweep of the league, Scottish Cup, League Cup and Glasgow Cup on home soil.

Rangers' nine in a row was also preceded by a long spell of limited success with just one league title in 10 years before 1988.

That came in Graeme Souness's first season as player-coach in 1986/87 and soon the money spent during his reign on a number of England internationals began bearing fruit.

Souness won two more titles before leaving to take charge of Liverpool in 1991.

His assistant Walter Smith took over and made an instant impact to hold off a challenge from Aberdeen to remain champions of Scotland.

Under Smith and with chairman David Murray bankrolling the arrival of established stars like Brian Laudrup and Paul Gascoigne, Rangers eased to another six league titles but failed to make the progress Murray had hoped for in Europe.

Smith and Laudrup both left the club at the end of the following season as Celtic stopped Rangers' quest for 10 consecutive titles, while Gascoigne had departed for Middlesbrough midway through the 1997/98 season.

Murray's stewardship also came to an unceremonious end due to the previous excesses of his time in charge. In 2011 he sold his controlling stake for Â£1 and Rangers went into administration less than a year later.

Celtic have cashed in on Rangers' financial plight as the their latest run of nine consecutive titles began the same season their city rivals entered administration.

As Rangers waded through the lower leagues for four seasons, Celtic cruised to another four titles despite a change of manager as Neil Lennon's departure in 2014 saw inexperienced Norwegian Ronny Deila take charge for two seasons.

Rangers' return to the top-flight has only seen Celtic tighten their domestic grip by winning the last 11 major trophies on offer in Scottish football.

In Brendan Rodgers's debut season in 2016/17, the Hoops did not even lose a single domestic match in winning the first of three trebles.

Rodgers's move to Leicester in February 2019 could easily have derailed Celtic's charge for an eighth straight title, but Lennon's return ensured Rangers were held off again.

The circumstances this season were even more unique to overshadow what should have been a historic achievement.

Celtic held a commanding 13-point lead when the season was halted due to coronavirus in March, and were awarded the title on a points-per-game basis. 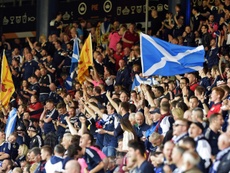 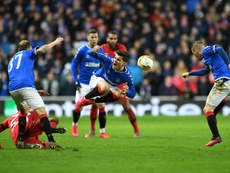 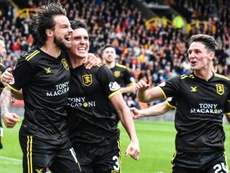 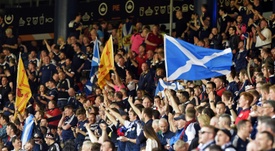