Cardiff manager Neil Warnock says some players did not want to join the club in the January transfer window after the disappearance of the plane carrying new signing Emiliano Sala.

Sala and pilot David Ibbotson remain missing after the light aircraft carrying them over the Channel disappeared on January 21, two days after the Argentine striker completed a club-record Â£15 million ($20 million) move to Cardiff.

"One or two of the strikers we were talking about didn't really want to come in the circumstances," the Cardiff boss said ahead of Saturday's Premier League home game against Bournemouth.

"They didn't want to come in after what's happened. So it's been a very difficult window."

British investigators said this week it was "likely" that two seat cushions that washed up on the French shore were from the missing plane carrying Sala.

The 28-year-old was flying in the Piper PA-46 Malibu plane after transferring from French team Nantes.

It vanished from radar around 20 kilometres (12 miles) north of the Channel island of Guernsey, with Ibbotson the only other person aboard.

Cardiff paid an emotional tribute to Sala before their match against Arsenal on Tuesday, which they lost 2-1. Nantes also paid tribute to their former player.

Cardiff, third from bottom of the Premier League, did recruit Reading midfielder Leandro Bacuna on Thursday. 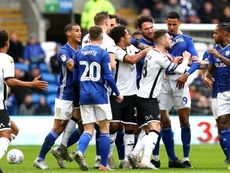 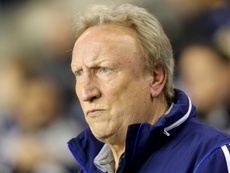 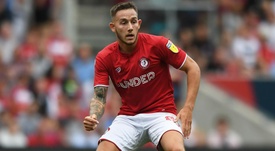